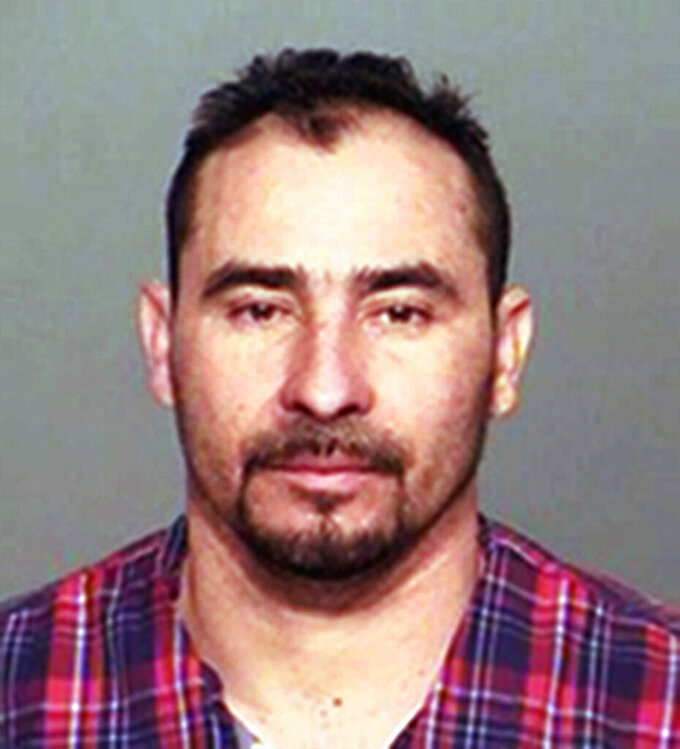 FILE - This file photo provided by the Indiana State Police shows Manuel Orrego-Savala, of Guatemala. Orrego-Savala, living illegally in the U.S., was convicted of drunk driving in a crash that killed Indianapolis Colts linebacker Edwin Jackson and his Uber driver has been sentenced to 42 months in federal prison for illegally re-entering the U.S. after having been deported. U.S. Attorney Josh Minkler announced 38-year-old Manuel Orrego-Zavala was sentenced after pleading guilty to the federal charge. Orrego-Zavala was sentenced last September to the maximum 16 years for the February 2018 crash that killed Jackson and Jeffrey Monroe. (Indiana State Police via AP, File)

INDIANAPOLIS (AP) — A Guatemalan man convicted of drunken driving in a crash that killed Indianapolis Colts linebacker Edwin Jackson and his Uber driver has been sentenced to an additional 42 months in prison for illegally re-entering the U.S. after being deported.

Federal prosecutors announced Tuesday that 38-year-old Manuel Orrego-Zavala will serve the additional time after he completes a 16-year state sentence handed down last September for the February 2018 crash that killed Jackson and 54-year-old Uber driver Jeffrey Monroe of Avon.

Monroe had pulled onto a shoulder on Interstate 70 in Indianapolis when the 26-year-old Jackson became ill, and they were standing outside Monroe's car when Orrego-Zavala's truck crashed into them.

Minkler says Orrego-Zavala had been deported twice, once following his conviction on two drug felonies in California.