Jaguars cut Ford, Treadwell as they move toward final roster 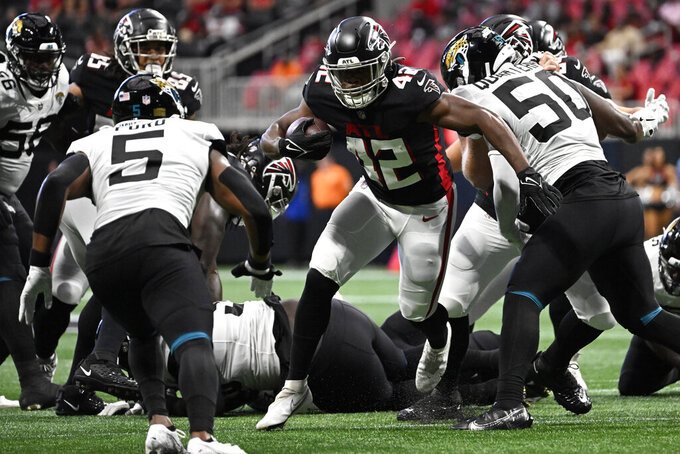 The moves trimmed the Jaguars' roster to 67 players. They must get to 53 by Tuesday at 4 p.m. EDT.

Ford and Treadwell were integral parts of Jacksonville's roster last season. But Ford's role diminished to mostly a special teams ace while Treadwell was vying with Tim Jones for the final receiver spot. Jones caught three passes for 103 yards in the team's preseason finale at Atlanta.

Treadwell caught 33 passes for 434 yards and a touchdown last year. He has 104 catches for 1,184 yards and five TDs in six seasons with Minnesota, Atlanta and Jacksonville.

Ford had a career-high 53 tackles and an interception in 2021 while playing mostly as an extra defensive back in nickel and dime situations. He has played five seasons with Arizona, Philadelphia and Jacksonville.