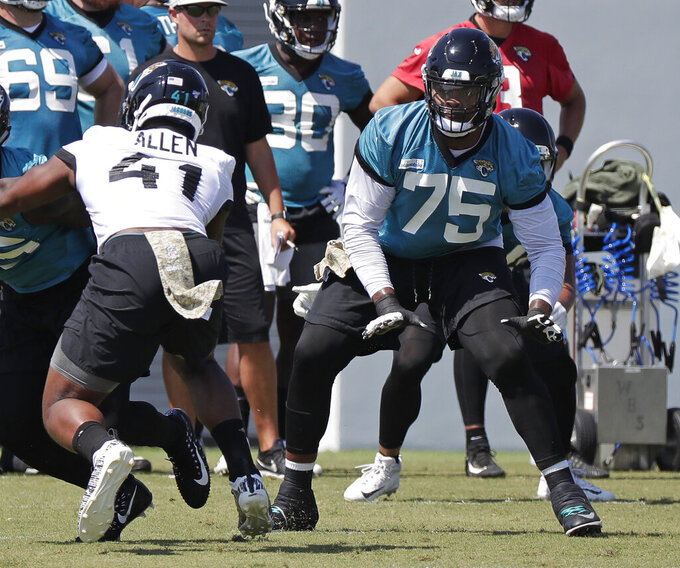 Coach Doug Marrone made the announcement two days after Allen got hurt and said there's "zero" concern for his long-term health. But Marrone added that team doctors plan to be cautious with his return.

"If he was going to be back tomorrow, I wouldn't say anything and it would be fine," Marrone said before practice. "We're going to be cautious. It's the time of year where you can be. You don't need to rush anyone back.

"He's in shape. He's strong. He's done everything we've asked. Any other player, we'd be doing the same thing. But just because it's him, I think you need to make sure that you set everybody straight so no one goes conspiracy theory."

The Jaguars chose the former Kentucky star with the seventh overall pick in the NFL draft last month. Allen attended practice Thursday and worked with trainers on the side.

After the session, he signed his contract. Under the NFL's rookie slotting system, Allen got a four-year deal worth roughly $22.7 million. He was expected to get a signing bonus of around $14.6 million.