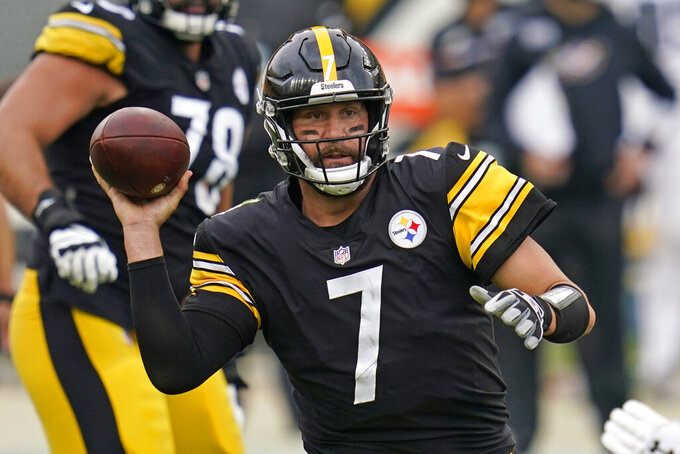 The Big West Conference will hold its men’s and women’s basketball tournaments without spectators, including family and guests of the teams.

The tournaments will be played March 9-13 at Mandalay Bay in Las Vegas, where they were moved from their usual home in Anaheim, California.

The Big West’s board of directors decided to start the season without fans in attendance. League Commissioner Dan Butterly says the latest decision to keep fans away from the tournaments is a way to protect the teams in their chase for the league’s automatic bids to the men’s and women’s NCAA Tournaments.

The 48-year-old Tomlin did not disclose when he tested positive for the novel coronavirus. The team sent employees and staff home last Wednesday as a precaution after someone in the facility tested positive.

Tomlin said he expects to be back in the office “soon” and will continue to work virtually until he is cleared to go back to work in-person.

The Steelers are in the midst of a busy offseason and are still working to determine how quarterback Ben Roethlisberger fits into their 2021 plans.

The New Orleans Pelicans are increasing maximum attendance to 2,700 fans beginning Wednesday night when they host the Detroit Pistons.

The Pelicans have been selling nearly 1,500 tickets per game since last month after allowing fewer than 1,000 fans per game to start the season.

The club has been working with local and state government health officials to determine safe attendance policies that are tied to local coronavirus transmission rates.

A considerable recent drop in new area COVID-19 cases has allowed for the increase in attendance.

Fans at Pelicans games are required to wear masks unless eating or drinking, and are asked to socially distance from people who are not in their group. Hand sanitizer dispensers have been placed throughout the 18,000-seat Smoothie King Center.

Pelicans officials say they are hoping to allow as many as 4,000 fans per game later this season.

Louisville coach Chris Mack says it was “not a good look” for him to be shown in a viral video maskless while celebrating the Cardinals’ Dec. 26 victory over rival Kentucky.

Wood yells in the clip that former Kentucky associate head coach Kenny Payne, now with the NBA’s New York Knicks, was responsible for the Wildcats’ previous victories over the Cardinals before noting he’s gone and that coach John Calipari “will never beat U of L again.”

Mack tried to offer context to the video during a virtual news conference Monday, explaining that some of his neighbors were golfing buddies of Payne and wanted to “give him grief” for the game. The coach also recognized the potential fallout for appearing to go maskless during the pandemic, even in his own home. "I’ve got to do better,” he said.

The Cleveland Indians could have as many as 10,000 fans at home games in Progressive Field this season after Ohio. Gov. Mike DeWine said it’s likely professional sports teams could accommodate up to 30% capacity at their venues this spring.

The Cincinnati Reds and Columbus Crew would also be affected.

The Indians were not allowed to have fans last season due to the COVID-19 pandemic, and the loss of revenue for ticket sales, parking and concessions dealt the club an economic blow. The team’s downtown ballpark holds over 35,000.

The Indians have been working with Major League Baseball and the Cleveland Clinic to develop a safety plan to welcome back fans.

The Cleveland Browns and Cavaliers have been permitted to have a limited number of fans at games during the pandemic.

The Gaels, who recently returned from the longest pause in Division I this season, announced Monday they won’t be able to play their final five conference games because of a positive COVID-19 result by a Tier I member of the program. Subsequent quarantine and isolation protocols left them without the required number of players.

Iona returned from a 51-day pause on Feb. 12 against Manhattan, its first game since Dec. 23. That was supposed to begin a stretch of 10 games in 22 days before the MAAC Tournament in Atlantic City, New Jersey.

Pitino said he had tested positive during the previous pause, estimating that about half the team has had the coronavirus this season. Iona hired the winner of national championships at Kentucky and Louisville last March, during an outbreak of the virus in Iona’s city of New Rochelle, New York.

The Gaels swept Monmouth over the weekend and were scheduled to play Marist on Wednesday.

Julius “Dr. J” Erving is the latest NBA legend to reveal that he’s gotten vaccinated against the coronavirus, doing so Monday. Much like Kareem Abdul-Jabbar, Gregg Popovich and Bill Russell before him, Erving made the announcement in the form of a video distributed through the league.

“We were never afraid to take the big shot,” Erving said in the video.

Erving turned 71 on Monday, meaning he is well within the current age guidelines for vaccine eligibility as established by the Centers for Disease Control and Prevention. The video he appears in also includes short clips of Jerry West, Dave Bing and Wayne Embry receiving their vaccinations.

The league has released these videos in an effort to help encourage the public to receive the vaccine when they are eligible and it is available in their community.

New Jersey venues with an indoor seating capacity of 5,000 or more will be allowed to have 10% of those seats occupied by fans starting on March 1, the Democratic governor said on the WFAN sports radio station.

For outdoor venues with over 5,000 seats, the number will be 15% of capacity.

Murphy said he decided to allow the limited in-person attendance after reviewing a vast array of coronavirus-related statistics, including hospitalizations, the number of hospital admissions versus discharges, overall positivity rate for COVID-19 and the rate of transmission, and determining that small crowds can be permitted safely.

He said face coverings and social distancing will be required at these venues.

“If you buy tickets together, you can sit together, but otherwise, we have to spread apart,” he said.

The order applies to the state’s major arenas, including the Prudential Center in Newark, where the NHL’s New Jersey Devils play, and outdoor stadiums, including MetLife Stadium in East Rutherford, home to the NFL’s New York Giants and Jets.

The governor said about 1,700 to 1,800 fans should be allowed to attend Devils games under the new rules.