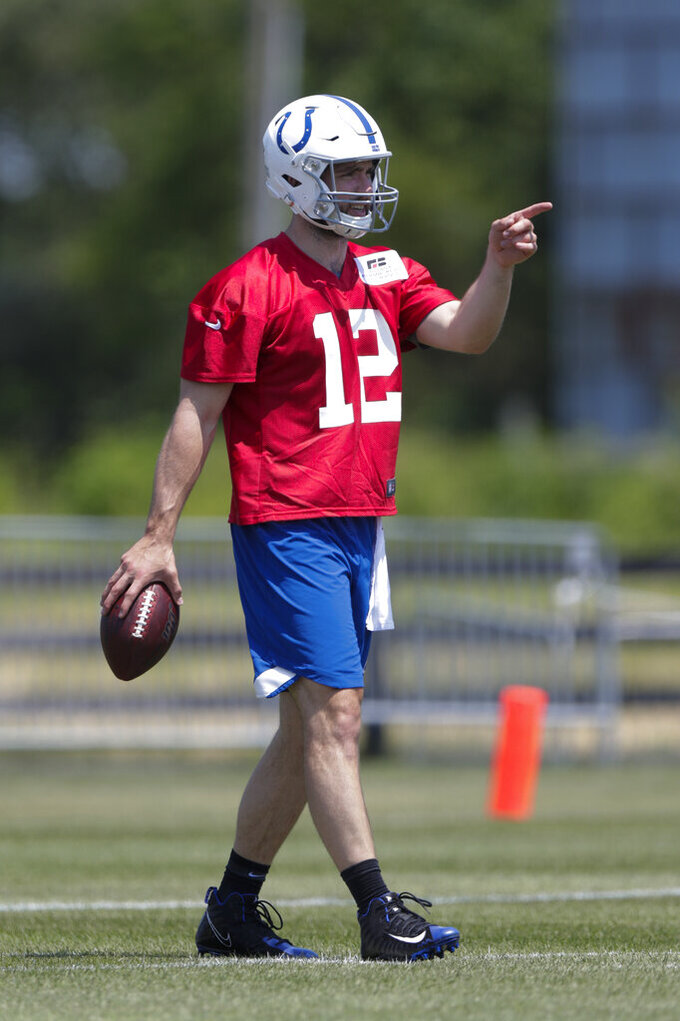 So the Indianapolis Colts are sitting down their biggest star.

The Colts have been playing it safe with Luck ever since he initially got hurt in the spring.

He missed the team's offseason workouts, didn't even throw to teammates on the West Coast leading into camp as he usually does and was limited to individual drills and 7-on-7 work last week.

On Sunday, Luck walked with a slight limp between plays and missed some throws, albeit in breezy conditions. After everybody took Monday off, Luck met with Reich and the team's medical staff and explained he still felt soreness in the leg and pain around his ankle.

"You probably won't see him the next two days and then we'll have another off day and then we'll go from there," Reich said. "Honestly, if he had come in here 100% healthy, I had already determined he was not going to play in the Buffalo game anyway. That was determined three months ago. I wouldn't play him the last preseason game. So the plan, in a perfect world, would have been to play him a little bit in Game 2 and a little bit in Game 3 but not a whole lot."

Now Luck may not take any preseason snaps, and it's unclear what exactly the setback was.

Despite being limited at practice last week, Luck stayed on the field, wearing a baseball cap. On Tuesday, he didn't even appear on the field until well after practice ended. Instead, he worked out somewhere else on the Grand Park Sports Campus.

But Luck also wants to be cautious with this injury, given his history.

After making 15 starts with a partially torn labrum in his throwing shoulder in 2016 and missing the entire 2017 season following surgery — perhaps because he tried to come back too soon — he doesn't intend to rush the rehab this time.

"This is something that I vowed to myself after going through 2016, 2017, that I would be, one, honest with myself about how I felt and, two, honest to the people who are involved," Luck said. "I know I did not improve with the last tranche of practices."

Jacoby Brissett has been working with the starters in Luck's absence.

Brissett was acquired in a trade just before the 2017 season opener, replaced Scott Tolzien late in Week 1 and started the final 15 games as the Colts stumbled to a 4-12 mark. Last year, Brissett threw only four passes in four games, completing two.

Reich said he's liked what he's seen so far from the 26-year-old, who could be auditioning for other teams as he heads into the final year of his contract.

Luck said he still hopes to start against the Los Angeles Chargers on Sept. 8 — even though he couldn't pin down a target date for his return.