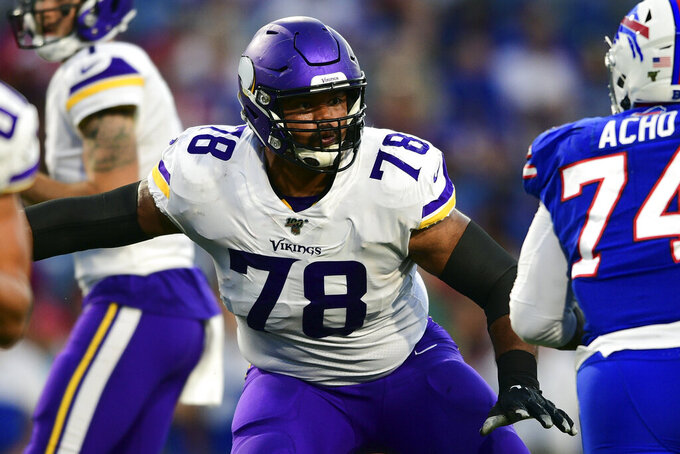 FILE - In this Aug. 29, 2019, file photo, Minnesota Vikings offensive guard Dakota Dozier (78) blocks during the first half of an NFL preseason football game against the Buffalo Bills in Orchard Park, N.Y. The Vikings have re-signing the veteran guard, who played in 16 games last season with a career-high four starts. (AP Photo/David Dermer, File)

The team announced the re-signing of the Furman product, who played in 16 games last season with a career-high four starts. He originally joined Minnesota as a free agent last April 4.

Dozier was drafted by the New York Jets in the fourth round (137th overall) of the 2014 NFL draft. He has appeared in 54 career games with 11 starts.