Next play: Brees joins NBC Sports after retiring from NFL 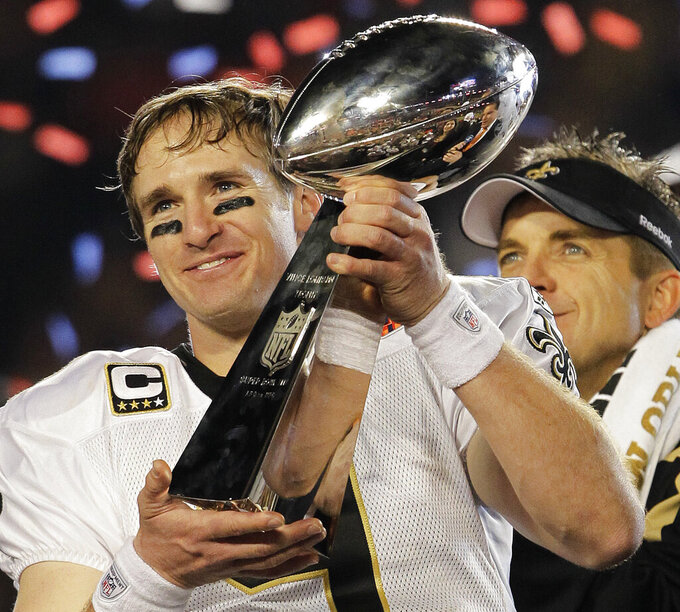 NEW YORK (AP) — Drew Brees is headed from the Superdome to the Golden Dome.

The quarterback great joined NBC Sports on Monday, a day after announcing his retirement from the NFL. He will serve as an analyst for Notre Dame games as well as work from the studio during “Football Night in America” on Sunday nights.

“I’m excited about that journey. I’m excited to stay very closely connected with the game of football, it’s been such an important part of my life," Brees said during an appearance on the “Today” show. "And I continue to be able to talk about it and show a passion for it and bring my kids along for the ride there, as well, and let them be part of some of those special moments.”

Brees will also be a part of NBC's coverage of next year's Super Bowl as well as have a role in the network's coverage of other events, including the Olympics. The NFL's career passing yards leader reportedly agreed to join NBC last year when his playing career concluded.

“We know that Drew will apply the same work ethic and continuously positive attitude to everything he touches at NBC Sports," NBC Sports chairman Pete Bevacqua said in a statement. "And we know, as his new teammates, he’ll make us better.”

Brees is expected to work the Notre Dame games with Mike Tirico, but that booth could be calling NFL games down the line. Al Michaels and Cris Collinsworth have been a team since 2009, but Michaels could retire after Super Bowl 56 in Los Angeles in February.

Brees also announced that he plans to remain involved in philanthropic endeavors, especially in New Orleans. Brees, who joined the Saints in 2006 after five seasons with the San Diego Chargers, was named the Walter Payton NFL Man of the Year in 2006 and led the franchise to a championship in 2009.