NFL 2019: Lions banking on QB Stafford with no backup plan 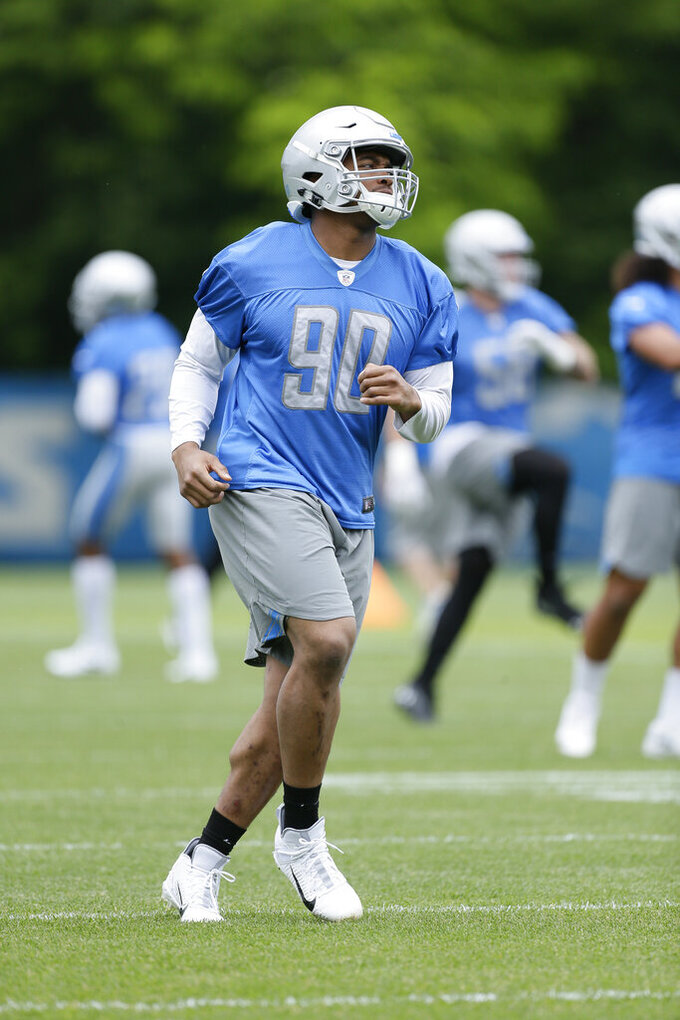 DETROIT (AP) — The Detroit Lions have leaned heavily on Matthew Stafford since selecting him No. 1 overall in the 2009 draft.

Stafford has started since he was a rookie, and after injuries stunted his first two seasons, the strong-armed quarterback has started every game for eight straight years.

Detroit desperately needs that streak to extend through Matt Patricia's second year. Otherwise, it's difficult to envision how the Lions could possibly bounce back from a 10-loss season in Patricia's debut season as a head coach.

The Lions signed Tom Savage to be Stafford's backup after he started seven games for Houston last season. Savage, though, has been in concussion protocol during the preseason. Detroit's other options are Josh Johnson, a three-game starter for Washington last season, and David Fales, who has never started an NFL game.

Patricia inherited offensive coordinator Jim Bob Cooter, who worked for fired coach Jim Caldwell, and chose to let his contract expire following last season. He hired former Seattle offensive coordinator Darrell Bevell to bring his balanced approach to Detroit, where Stafford has been a part of pass-happy schemes for much of his career. Second-year running back Kerryon Johnson and veteran C.J. Anderson, coming off a solid postseason run with the Los Angeles Rams, will have a chance to take advantage of Bevell's play-calling tendencies that have favored the running game.

The Lions addressed their biggest need in the offseason, signing former New England standout defensive end Trey Flowers to a five-year deal worth up to $90 million. They bolstered their front even more in late July, adding defensive tackle Mike Daniels after Green Bay released him in a salary-cap move. That duo, along with DTs Damon "Snack" Harrison and A'Shawn Robinson and end Romeo Okwara, will likely be able to slow down running games, forcing teams to pass.

Stafford should have some favorable matchups when he drops back to pass. Kenny Golladay seems to be a rising star. Veteran Marvin Jones is intent on returning to form after an injury-shortened season. Newly acquired Danny Amendola provides a slot receiver the team lacked when Golden Tate was traded to Philadelphia last season. The Lions also turned their weakness at tight end into a strength by signing veteran Jesse James and drafting T.J. Hockenson with the No. 8 overall pick.

"I've seen a big upgrade in that room," Bevell said.

The Lions experienced a rough transition last year under the hard-driving Patricia following four seasons with the mild-mannered Caldwell. In Year 2, the coach and the players seem to be more comfortable with each other.

Darius Slay seems to be motivated to earn a new contract, showing up for training camp after missing a mandatory minicamp in the hopes of getting a new deal. The one-time All-Pro and two-time Pro Bowl cornerback is in the third year of his $50 million, four-year deal. Slay predicted he's going to dominate this season, seeking to be compensated as one of the game's best players at his position.

"I play for the name on the back of my jersey and this organization and my teammates," he said. "Nothing is going to stop me from what I'm going to do on the field."

The Lions lost a key player on both sides of the ball in the third preseason game and their injuries may linger into the season. Linebacker Jarrad Davis was carted off the field after he could not put any weight on his right leg. Center Frank Ragnow was able to limp off the field after appearing to hurt his right knee.