No reputation remake for Suh in Los Angeles 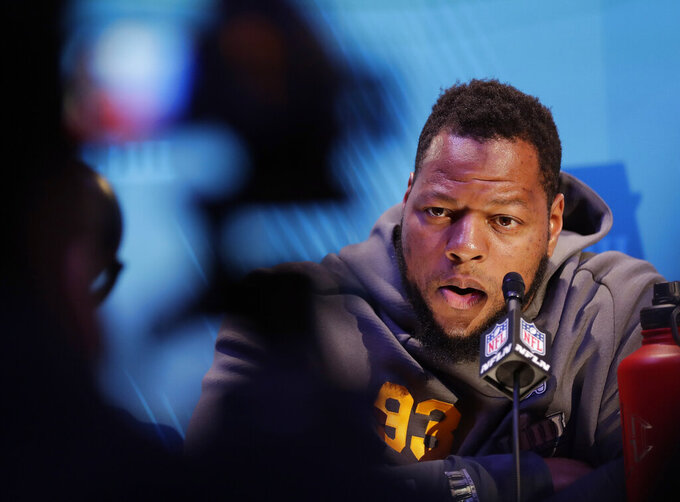 ATLANTA (AP) — Ndamukong Suh says he has not gone about trying to remake his reputation in his first and perhaps only season with the Los Angeles Rams.

The mammoth defensive tackle and three-time All-Pro was notorious for racking up fines and suspensions that cost him over $400,000 in his first five seasons, all with the Detroit Lions.

"I'm not sure if anything's changed," the ninth-year veteran said. "I'm still aggressive. I still like to get after the quarterback. I don't know. You'd have to ask the refs."

The second overall draft choice in 2010, Suh was fined more than $20,054 for a horse-collar tackle early last month in his return to Detroit. But says he's been mostly satisfied with laying low after signing a one-year, $14 million deal with the Rams last April.

He went so far as to say he doesn't "mind being in the shadows" — he plays next to Aaron Donald, the only unanimous choice for the 2018 All-Pro squad — and called himself an introvert. That's quite a transformation for a player with so much negative attention early in his career.