Packers' ability to avoid slumps has them in enviable spot 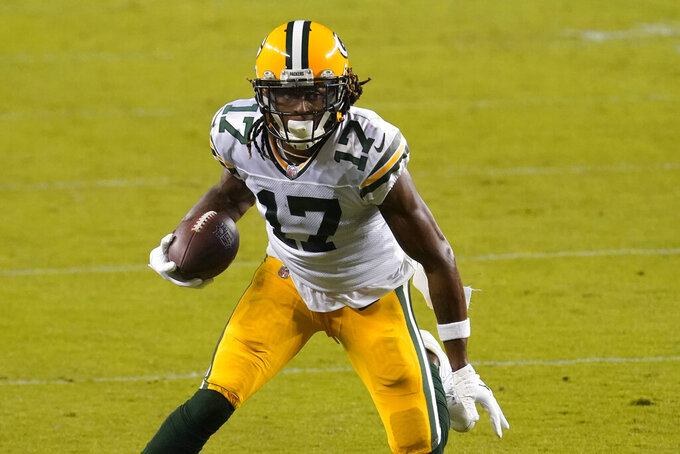 During a year in which so much else has changed across the NFL, one constant has allowed Green Bay to maintain its status as the NFC North leader.

The Packers never allow one bad performance to carry over to the next week.

Green Bay hasn’t suffered back-to-back losses since Matt LaFleur took over as coach last year. The Packers’ ability to prevent prolonged slides has helped them carry a 6-2 record into the midway point of the season.

“That’s a credit to the players that we have, the coaches that we have, just the way we attack it,” LaFleur said. “You know, I think that’s an important part of being a winning team in this league. You’ve got to avoid those consecutive losses.”

The Packers followed an embarrassing 38-10 loss at Tampa Bay with a convincing 35-20 victory at Houston. After a listless performance in a 28-22 home loss to Minnesota, the Packers came back four nights later and won 34-17 at San Francisco.

“You better be able to bounce back if you put a disappointing performance out there,” LaFleur said.

Green Bay is tied with Seattle and New Orleans for the best record in the NFC. Quarterback Aaron Rodgers is off to one of the best starts of his future Hall of Fame career, Davante Adams has emerged as arguably the league’s top receiver, and the offensive line has performed well despite dealing with multiple injuries.

Most of all, the Packers have remained steady. Guard Lucas Patrick notes a sign on the locker room with the message “Practice Preparation Equals Game Reality” and says that approach has enabled the Packers to avoid losing streaks.

Patrick says LaFleur coaches with the idea that effort on the practice field will carry over to games.

“I think that’s just one thing that coach LaFleur’s really good at and he preaches and he sticks to,” Patrick said. “He doesn’t waver much himself, and I think that helps us rebound faster if we do lose one on a Sunday.”

Tackling remains an issue, though it got better last week at San Francisco. The Packers’ struggles against Minnesota’s Dalvin Cook show they are vulnerable against quality running backs.

Davante Adams missed two games with a hamstring injury but still has eight touchdown catches to put him in a tie for second place in the NFL, one behind Kansas City’s Tyreek Hill. … Rodgers has a 24-2 touchdown/interception ratio. … Billy Turner and Elgton Jenkins have showcased their versatility by playing multiple positions to help the offensive line overcome injuries. … Jaire Alexander has emerged as one of the NFL’s top cornerbacks and Corey Linsley is playing as well as any center in the league.

Outside linebacker Preston Smith has been credited with just half a sack so far this season after getting 12 last year, though he has been more active lately and provided the pressure that resulted in Raven Greene's interception at San Francisco last week. … Safety Darnell Savage hasn’t been quite as effective as he was early in his 2019 rookie season.

Guard Lane Taylor suffered a season-ending knee injury in the opener. … Wide receiver Allen Lazard (core) and linebacker Christian Kirksey (pectoral) have been on injured reserve since a Sept. 27 victory at New Orleans, though both are expected to return to action soon. … Cornerback Kevin King (quadriceps) has missed four straight games and offensive tackle David Bakhtiari (chest) has been out for the last three games.

24 – Number of touchdown passes by Rodgers through his first eight games of the season. Rodgers played all 16 regular-season games each of the last two years and had 26 touchdown passes in 2019, 25 in 2018.

The Packers will be at home for five of their final eight regular-season games, starting Sunday when the Jacksonville Jaguars come to Lambeau Field. The Packers still have two games left with the Chicago Bears (5-4), who are currently second in the NFC North.