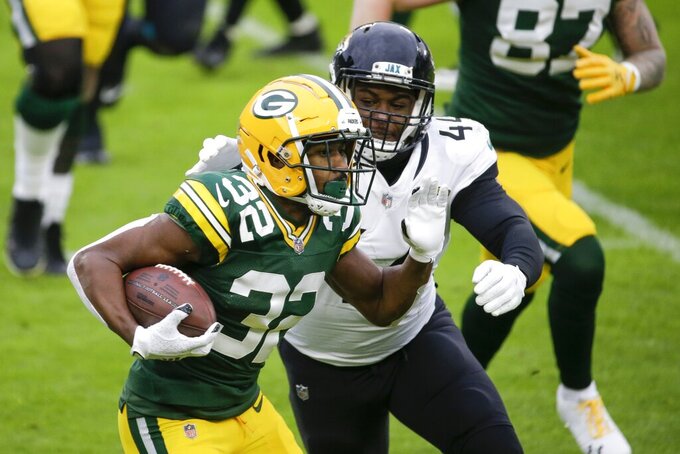 The designation means that all three players must miss at least three games. The Packers (9-3) have four regular-season games remaining, starting with Sunday’s game at Detroit (5-7).

All three players were injured during the Packers’ 30-16 victory over the Philadelphia Eagles. Ervin injured his ankle, Greene hurt his shoulder and Winn injured his triceps.

Ervin had just returned Sunday after missing two games with injured ribs. He has 13 carries for 67 yards and 11 catches for 84 yards this season while also returning kicks and punts.

Tavon Austin, a 2013 first-round pick who signed with the Packers last week, has the versatility to fill some of Ervin’s responsibilities. Austin wasn’t active for the Eagles game.

Greene has 40 tackles, 1½ sacks, one forced fumble and one interception. Winn has appeared in six games this season and has made six tackles.