Patriots fill need at center by acquiring Bodine from Bills 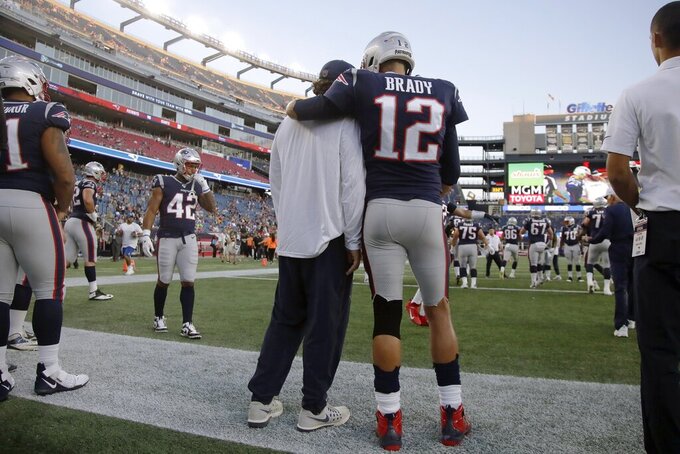 Bodine is a fifth-year player who might have to replace Andrews, who was hospitalized last weekend because of blood clots in his lung.

Andrews was released from the hospital on Monday and was spotted in sweat pants during pregame warmups of the Patriots' 31-29 preseason-ending loss to the New York Giants on Thursday night.

Bodine was entering his sixth NFL season, and second in Buffalo after starting 10 games at center last year. The trade comes a day after the Bills announced starting center Mitch Morse being cleared from the NFL's concussion protocol, and a day before NFL teams make their final cuts to establish their 53-player rosters.

The 27-year-old Bodine was selected by Cincinnati in the fourth round of the 2014 draft, and started 64 games for the Bengals before signing with Buffalo in free agency last year.

He became the odd-man out following Buffalo's extensive offseason offensive line overhaul in free agency. He was listed third on the depth chart at the position, behind Morse and another newcomer Spencer Long.

On Thursday, Buffalo traded guard Wyatt Teller to Cleveland for a pair of draft picks.