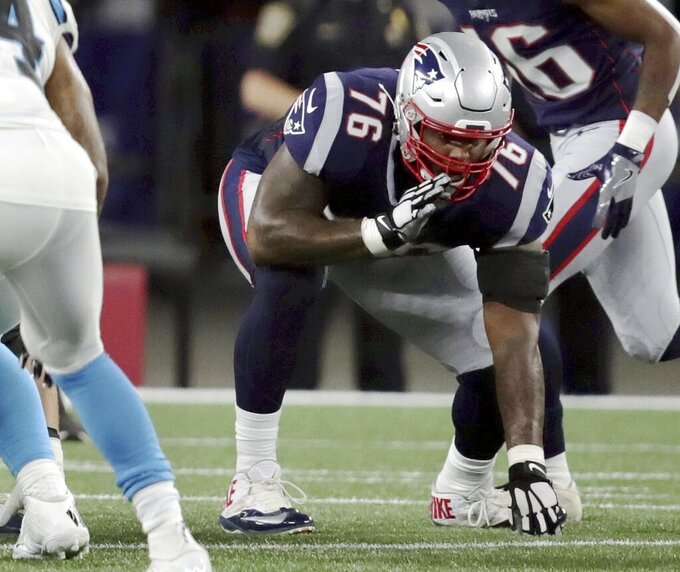 Wynn suffered a foot injury in the first quarter of New England's 43-0 win at Miami on Sunday and did not return to the game. The Patriots filled Wynn's roster spot Tuesday by signing veteran lineman Caleb Benenoch, who has played in 35 games with 22 starts for Tampa Bay over the past four seasons.

This is the second straight season that Wynn has gone on IR. A preseason Achilles tendon injury caused him to miss his entire rookie season in 2018.

It is part of a string of injuries to hit the Patriots' starting offensive line this season. Center David Andrews began the season on injured reserve after blood clots were discovered in his lungs.

In addition, starting right tackle Marcus Cannon did not play against the Dolphins as he continues to recover from the shoulder injury he sustained during the Patriots' season opener. Marshall Newsome, who was signed last week, started in Cannon's place against Miami.

Coach Bill Belichick said Tuesday that they are dealing with the shuffling up front this season.

"I think they're trying to do the best they can," he said. "Some of them anticipated or had a chance to plan for, some happened rather quickly and you have to react to those. But yeah, that group is a hardworking group. ... Overall we've just tried to take it day by day and do the things that we can do."