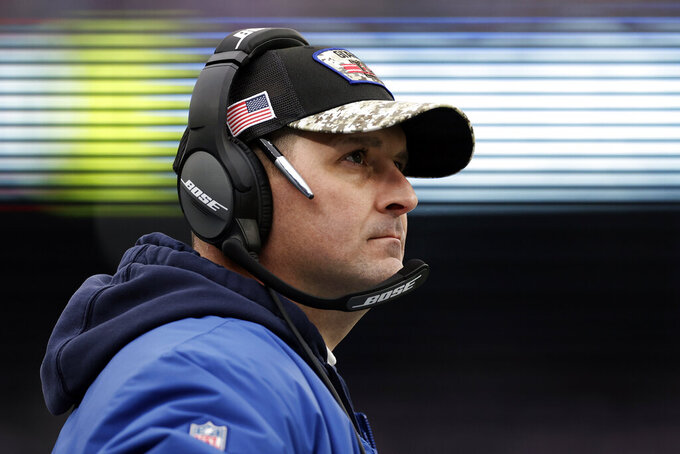 FOXBOROUGH, Mas. (AP) — The Patriots are bringing back Joe Judge as an offensive assistant less than a month after he was fired as head coach of the Giants.

Judge, who served as an assistant in New England for eight seasons, rejoins coach Bill Belichick's coaching staff after going 10-23 over two seasons in New York.

He is the latest former assistant turned head coach that Belichick has brought back in recent years. Matt Patricia rejoined the Patriots as a senior football advisor this past season following a three-year stint as coach of the Lions.

The hiring also ends a string of departures by Belichick's assistants since the Patriots' season ended with a wild-card playoff loss at Buffalo on Jan. 15.

Judge originally came to New England after a three-year stint at the University of Alabama where he was a football analyst and special teams assistant under Nick Saban. While on the Alabama staff, Judge was a member of two national championship teams in 2009 and 2011.

By Andrew Seligman 27 minutes ago
By Mitch Stacy 2 hrs ago
By Dennis Waszak Jr. 15 hrs ago
16 hrs ago
By Kyle Hightower 16 hrs ago