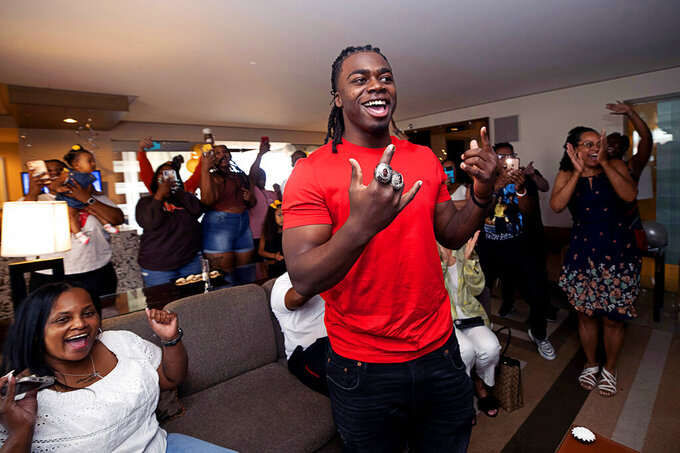 Oklahoma running back Rhamondre Stevenson, center, is congratulated by family and friends in a suite at the Aria Resort in Las Vegas, Saturday, May 1, 2021, after he was selected in the fourth round of the NFL football draft by the New England Patriots. (Steve Marcus/Las Vegas Sun via AP)

Stevenson, out of Oklahoma, is the fifth member of the Patriots’ 2021 draft class to sign. He joins linebacker Cameron McGrone (fifth round), safety Joshuah Bledsoe (sixth round) offensive lineman Will Sherman (sixth round) and receiver Tre’ Nixon (seventh round).

The 23-year-old Stevenson played in 19 games over two seasons for the Sooners, rushing for 1,180 yards and 13 touchdowns.

He joins a group of running backs that includes Damien Harris, Sony Michel and James White.