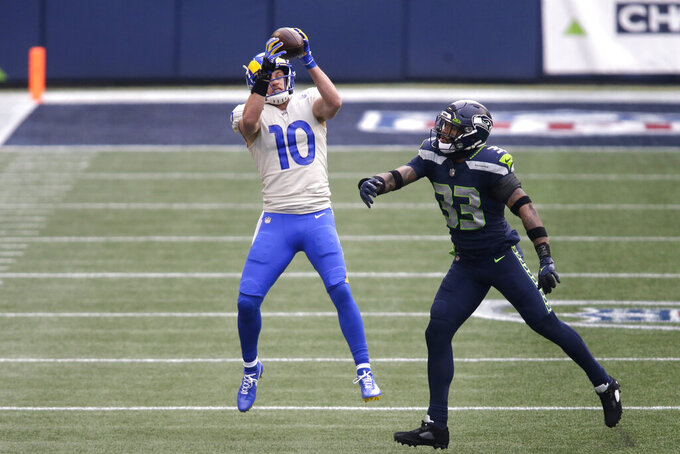 Kupp headlines the Rams’ list of inactive players for Saturday’s game. He had been listed as questionable with a knee injury.

Kupp had 92 catches for 974 yards in the regular season to lead the Rams in both categories, and three of his receptions went for touchdowns. He followed that up by catching four passes for 78 yards in a 30-20 playoff victory at Seattle last week.

The Rams also will be missing starting left guard David Edwards, who had been listed as questionable with an ankle injury.

Rams coach Sean McVay already had announced Thursday that Wolford wouldn’t be available. Wolford started against Seattle but left early in the game with a neck stinger.

The Packers will be playing without defensive lineman Kingsley Keke, who had a pair of two-sack games during the regular season. Keke hadn’t practiced this week as he recovers from a concussion that also prevented him from playing in the Packers’ regular-season finale — a 35-16 victory at Chicago.