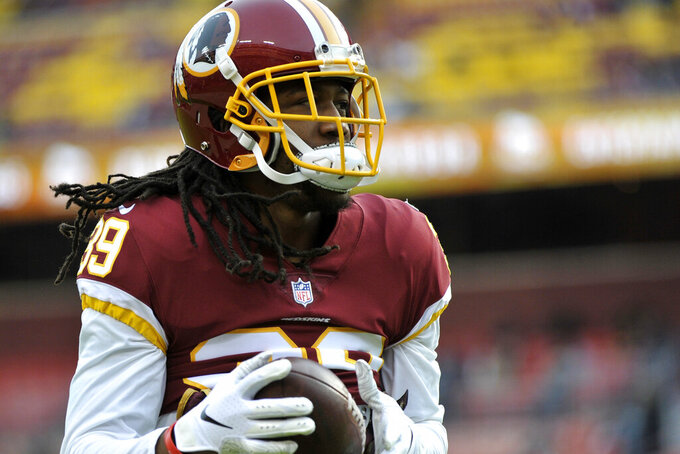 Coach Jay Gruden confirmed the injury timeline on Sunday. Alexander hasn't practiced since Tuesday, when he left the field during the team's afternoon walkthrough.

Two people with knowledge of the situation say Alexander left training camp to see a specialist in New York, where he received treatment for the injury. The people spoke to The Associated Press on condition of anonymity because they were not authorized to comment on the treatment.

Alexander returned to Richmond on Thursday sporting a brace on his right leg. Given the prognosis, he'll likely miss Washington's first preseason game at Cleveland on Thursday and potentially its second game, at home against Cincinnati on Aug. 15.

The 22-year-old Virginia Tech product played nine games last season after the Redskins selected him in the sixth round of the 2018 supplemental draft. He is in a difficult competition for a roster spot at a crowded position.

First-round pick Montez Sweat remains sidelined from team drills because of a calf injury, though Gruden dismissed concern about the possibility of the edge rusher missing extended time.