Redskins to start Colt McCoy at QB against unbeaten Patriots 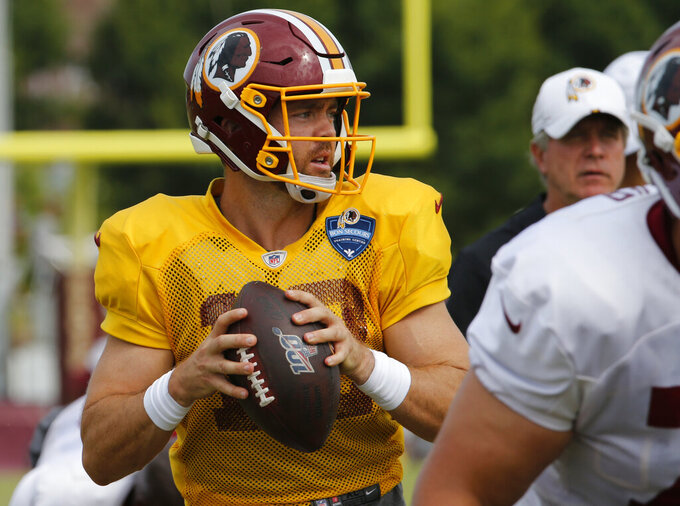 Gruden announced the switch to McCoy after practice Friday.

McCoy hasn't appeared in a game since breaking his right leg during a game in December.

Case Keenum started Washington's first four games this season, all losses. But he was yanked in favor of first-round draft pick Dwayne Haskins in the second quarter of last week's 24-3 defeat at the New York Giants.

Keenum has six turnovers over his past two appearances — four interceptions and two lost fumbles — and has been dealing with an injured right foot.