Roethlisberger, Steelers ready to move on from Brown, drama 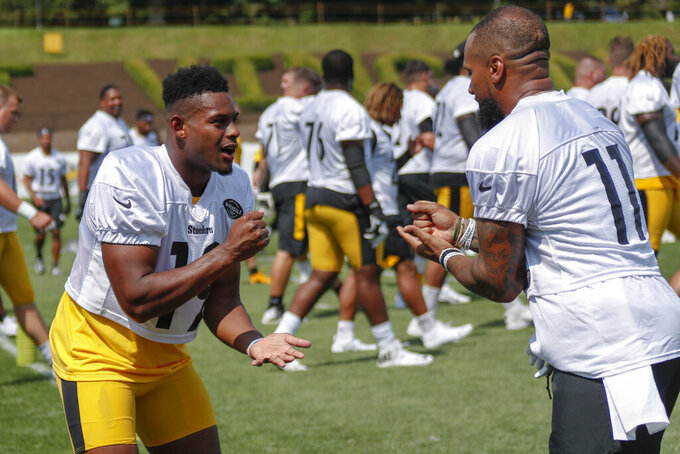 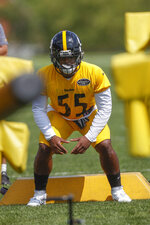 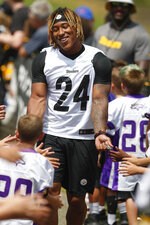 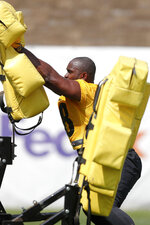 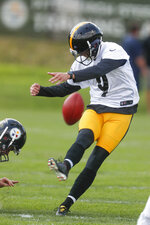 Roethlisberger also admitted before the Steelers' first practice of training camp that it would be different without Brown on the line of scrimmage this season. But he's excited to move on after the Steelers traded Brown to Oakland following a messy public offseason divorce.

"I think the things we did together were some things that no one's really ever done," Roethlisberger said. "It was pretty special, so it's going to be hard to make up for that. But I'm going to do my best to still bring my "A'' game, and I know we have other guys on this team who are ready to step up."

Roethlisberger and Brown combined for 74 touchdowns, the most in team history and sixth-best in NFL history. They also ended with 797 completions, second-most between a quarterback and receiver tandem in NFL history.

But Brown decided to bail on his teammates before a must-win Week 17 home game against Cincinnati last season. The four-time All-Pro spent most of the offseason lashing out at the organization after a late-season collapse kept Pittsburgh from the playoffs for the first time since 2013. Brown also criticized Roethlisberger, once saying that he felt the two-time Super Bowl winner had an "owner mentality."

Roethlisberger said he isn't using offseason criticism from ex-players as motivation this season.

"I'm only focused on the guys that are here," he said. "That's all that really matters to me, the guys who are in this locker room, and on this team, and that's all I should focus on."

The charismatic JuJu Smith-Schuster is now the unquestioned No. 1 receiver on the team after the 22-year-old finished with 111 catches for 1,426 yards and seven touchdowns last season. Roethlisberger has noticed a difference in the third-year receiver, who was named team MVP last season.

"I think JuJu is still himself and that's what makes him special," Roethlisberger said. "He's still fun-loving and silly at times, but you see some growth and maturity, and you see him kind of accepting that leadership role."

The Steelers have several options to fill the void opposite Smith-Schuster, including veterans Donte Moncrief, Ryan Switzer, and Eli Rogers. They also have James Washington, last year's second-round pick, and Diontae Johnson, the team's third-round selection this year.

"I know they can catch, I know they can play," Roethlisberger said. "I want to see who makes the least amount of mistakes, who can get a subtle hand signal, who can interpret visual signals, the little subtle nuances."

Roethlisberger, in his 15th season, led the league in passing last year and also broke his own franchise record with 34 touchdown passes. The 37-year-old Roethlisberger says he's not as fast entering year 16 but feels his arm is just as strong as it was 10 years ago.

"I really spent a lot of time with my trainer, working on my shoulders and back and things for throwing," Roethlisberger said. "I feel as good as I ever have physically, and I still feel sharp mentally, too, so that's important."

Roethlisberger also plans to stick around at least for another three years after signing a contract extension that will keep the two-time Super Bowl winner in Pittsburgh through the 2021 season.

"I'm going to play to the end of my contract and then I'll decide anything after that," Roethlisberger said. "I've honored all of my contracts to date. That's my goal."

"That's much more motivation for me than what people say," Roethlisberger said. "I'll be selfish when it comes to that. I want to win Super Bowls. Truthfully, that should be all of our motivation because that's what's driving me right now."