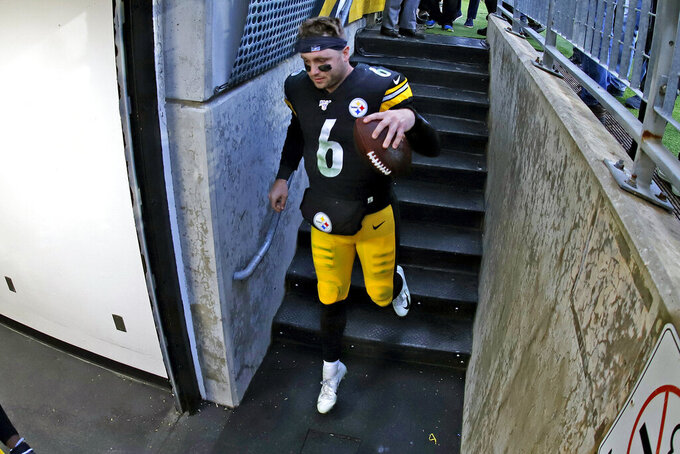 Coach Mike Tomlin confirmed Tuesday that quarterback Devlin “Duck” Hodges will make his second straight start on Sunday when the Steelers (7-5) visit the Arizona Cardinals (3-8-1). Tomlin named Hodges the starter over Mason Rudolph before last week’s meeting with Cleveland but stressed he was not committing to anything beyond the game against the Browns.

Hodges responded by completing 14 of 21 passes for 212 yards with a touchdown and an interception in a 20-13 victory that kept Pittsburgh firmly in the playoff chase with a month to go. The 23-year-old Hodges is the first undrafted rookie free agent to win his first two NFL starts since Ed Ruppert did it as a replacement player for the Washington Redskins during the 1987 players’ strike.

Pittsburgh is 3-1 in games Hodges has appeared. He led the Steelers to a 24-17 victory on the road at the Chargers on Oct. 13 while filling in for an injured Rudolph. He came off the bench in the second half against Cincinnati on Nov. 24, connecting on a long touchdown pass with James Washington that propelled the Steelers to a comeback win.

There’s a chance — albeit a slim one — that Pittsburgh’s injury-ravaged offense could get some help. Tomlin didn’t rule out running back James Conner and wide receiver JuJu Smith-Schuster facing the Cardinals. Conner hasn’t played since aggravating a shoulder injury in a loss to Cleveland on Nov. 14. Smith-Schuster exited the same game with a knee injury and a concussion. Though he has been cleared from the NFL’s concussion protocol, Smith-Schuster was spotted last week wearing a sizable brace on his left knee.

Conner practiced in a limited capacity last week before being held out of the lineup. He appears to be closer to game action than Smith-Schuster, though he figures to split time with rookie Benny Snell whenever he returns. Snell has played well in Conner’s absence. He ran for 98 yards against the Bengals and added 63 more — including his first NFL touchdown — against the Browns.

“He’s done a nice job with the opportunities he’s been given,” Tomlin said. “Excited not only what he’s doing for us but where it could lead.”

The Steelers will get center Maurkice Pouncey back after serving a two-game suspension for kicking and punching Cleveland defensive end Myles Garrett in retaliation after Garrett hit Rudolph in the face with Rudolph’s helmet during a late-game brawl last month.