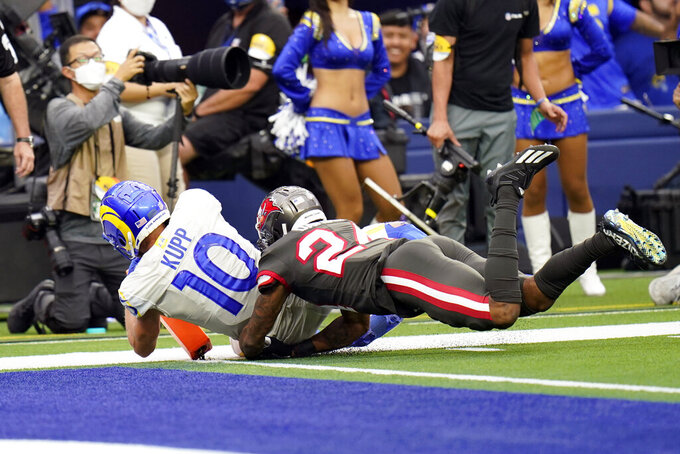 It’s already Week 4, and there are a lot of unknowns in the NFL these days, but these players are as close to a sure thing in fantasy as you can get.

These are my best bets to score at the running back and wide receiver positions.

There really isn’t a better bet in football at the position right now than Henry, who leads the league’s running backs with 21.3 fantasy points per game. Henry, who has three touchdowns already this season, faces a Jets team this week that is the fourth-best matchup for RBs going into Week 4. New York has allowed four rushing TDs to running backs so far this season, tying for second most in the league.

Gordon has scored in two of the three games this season, and he could make it three of four against a Ravens team that has allowed five rushing TDs so far this season. Gordon is on the field for a little more than half of Denver’s offensive plays, but he has more rushing attempts (42) than the likes of Chris Carson, Najee Harris and Aaron Jones, so he’s making the most of his playing time. With a TD dependency of 30.85%, Gordon stands a more than solid chance of finding the end zone in Week 4.

Carson is on a roll, scoring three TDs in his past two games for the Seahawks. The 49ers are up this week for Seattle, and they’re a middle of the pack defensive unit having allowed three TDs to running backs already this season. Carson’s 46.15% TD dependency means he’s getting high-yield touches being on the field more than 60% of the time thus far, and he’s primed to add to his TD total this week in what should be a competitive game.

Moss had a relatively late start to his 2021 season by missing Week 1, but he’s catching up quickly, scoring three times over his past two games. Moss goes up against a Texans team this week that is our 11th-best matchup for RBs, having allowed more than 450 total yards and three TDs to RBs so far this season. Moss was on the field for 56% of Buffalo’s snaps in Week 3, compared to only 43% for Devin Singletary, and he’s the goal-line back to boot. His absurd 63.16% TD dependency will carry Moss confidently into Week 4 and onward.

Averaging more than 20 touches a game, Kamara has scored twice this season as a pass-catcher. It doesn’t really matter how he’s finding the end zone though, as Kamara has a healthy 33.43 TD dependency going into Week 4. At home this week, he’ll face a Giants team that is giving up the ninth-most points to RBs this season. Seeing more than 80% of his team’s snaps, third most for RBs in the league, Kamara is the best bet on the Saints to score.

A seemingly unlikely scoring candidate, Patrick actually led the Broncos in receiving in 2020, and with the way Broncos wide receivers are getting injured he could do it again this year.

Patrick has already scored in two of the three games this season, and his chances are strong this week against a Ravens team that is allowing 314.7 passing yards per game thus far. With a 40.82% TD dependency, Patrick is one of my better bets to reach the end zone this week.

Lockett is tied for the third-most receiving TDs (three) for a receiver this season. He’ll face a 49ers team in Week 4 that he scored against twice on the road in 2020, so he’s no stranger to finding success against them away from home. Seeing the field on 91% of Seattle’s snaps and carrying a 36.81% TD dependency into this week’s matchup, Lockett is a best bet to score.

The league leader in TDs (five), Kupp is the best bet to score right now as Matt Stafford’s favorite option in the end zone. The fact that the Rams play the Cardinals this week only increases his chances, as Los Angeles may have to score early and often to keep up with the frenetic pace of the Arizona offense. Kupp’s 45.32% TD dependency on a league-high 25 receptions is staggering, but I don’t see him slowing down this week or anytime in the near future.

One of 2021’s biggest surprises, Williams is on a breakneck pace, scoring four times over his first three games in the surging Chargers offense. Playing about 75% of snaps thus far, Williams is a semi-permanent fixture for Los Angeles, and he’s maintaining a 43.24% TD dependency on 22 receptions, a formidable rate. Williams is difficult to cover with his size and rare speed.

Chase is leading the Bengals in receiving as a rookie, already scoring four times this season against defensive stalwarts such as Chicago and Pittsburgh. He could have a much easier time it would seem against Jacksonville, a team that has allowed 639 receiving yards and two TDs to wide receives this season. Chase is on the field more than 85% of snaps right now, better than any Bengals pass-catcher, so if there’s a receiving score, chances are that it will be Chase who brings it in. With a 52.40% TD dependency, Chase makes for a best bet to find the end zone in Week 4.