Saints seek to ramp up pass rush vs. Washington, Heinicke 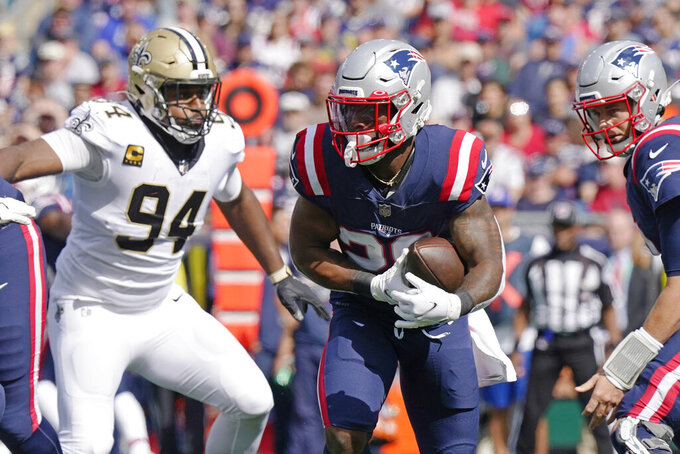 NEW ORLEANS (AP) — Saints defensive end Cameron Jordan figures he and the rest of New Orleans' defensive front can, and should, disrupt quarterbacks more than they have lately.

Jordan doesn't have a sack through the first four games of 2021 after taking down quarterbacks 48 times during the previous four seasons.

And while the success of a defense isn't necessarily measured by sack totals, Jordan wants to see opposing quarterbacks under more duress — starting this Sunday against Washington's Taylor Heinicke.

“We have to be better," Jordan said after practice Wednesday. "We could arbitrate all you want about how best to affect the quarterback. It starts with the D-line, so it starts with me.”

The Saints have six sacks this season, tied with the New York Giants for second fewest in the NFL. Jacksonville is last with five.

New Orleans had no sacks last Sunday in a 27-21 overtime loss to the Giants, whose quarterback, Daniel Jones, has been an effective runner.

Heinicke, too, has a penchant for using his feet to make plays, including on the type of read-option runs that the Saints tend to call when they intermittently employ Taysom Hill at QB in place of starter Jameis Winston.

So coach Sean Payton wants his defenders to be mindful of containing Heinicke and not get too preoccupied by any perceived need to rack up more sacks.

“We’re not giving out midterms or quarterly reports or anything like that," Payton said when asked about his defense's sack totals through four games. "It’s week to week and the challenge is this week. The challenge is this type of player at quarterback. How he eludes, the timing of his throws and how you disrupt the passing game.”

Heinicke said most of his runs aren't so much by design as something that “kind of just happens.”

“If stuff breaks down, then, yeah, I’ll take off and get what I can,” he said.

In stretches, the Saints' defense has managed to be effective despite getting relatively few sacks. In two victories, QB pressure has manifested itself in turnovers.

“When you pressure the quarterback, he’s having to throw the ball on his back foot and the DBs are getting interceptions," said safety Marcus Williams, who had one of the interceptions against Rodgers. "You might not always get the sack, but ... if you disrupt the quarterback, it will be hard for him to make the plays he wants to make.”

The Saints have been playing without one of their starting ends since Marcus Davenport, who sacked Rodgers in the opener, injured a pectoral muscle in that game. Jordan suggested that New Orleans' defensive front would become more formidable when Davenport and defensive tackle David Onyemata, who is serving a six-game suspension, are able to return.

But he also stresses that the players who are in the lineup now can still do better. The QB pressure against New York wasn’t good enough, he said.

“I feel like we can always get to the quarterback more," Jordan said. "The moral of the story is we’ve got to be better with what we have on the field. ... We could always look, like, why the scheme wasn’t working here or there. We could always point our fingers out, but it starts with us.