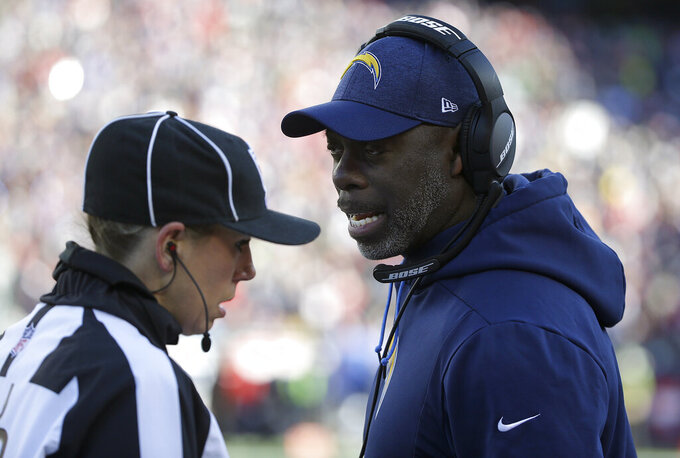 FOXBOROUGH, Mass. (AP) — Sarah Thomas is the first woman to work an NFL playoff game as an on-field official.

Thomas was the down judge in Sunday's divisional round game between New England and the Los Angeles Chargers. That's a first, according to the league's Twitter account .

Thomas was hired in 2015 and was already the league's first female full-time official.

Terri Valenti was the replay official in Saturday's playoff game between the Chiefs and Colts, also a first.