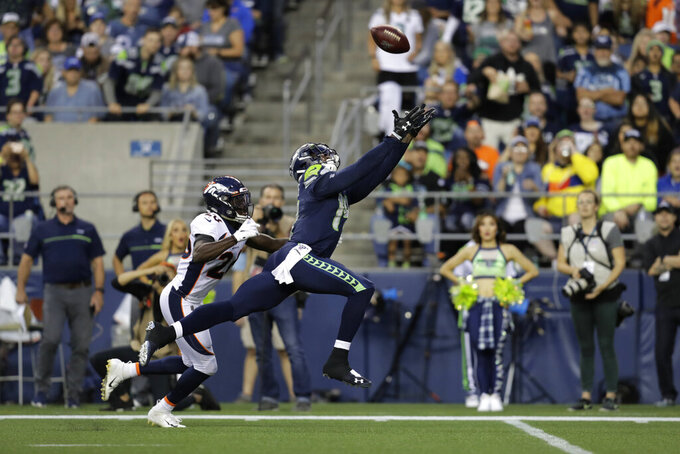 MINNEAPOLIS (AP) — Seattle Seahawks wide receiver D.K. Metcalf will have minor knee surgery in an early setback for an offense counting on the second-round draft pick.

Metcalf was held out of Sunday's preseason game at Minnesota, and coach Pete Carroll said the rookie from Mississippi probably would have a procedure on Tuesday. The injury was discovered earlier this week, but Carroll said the team believes it will not "derail him for long."

After taking a surprise tumble down the draft board, Metcalf landed in Seattle with the 64th overall selection. With the retirement of Doug Baldwin, there's an opportunity for Metcalf to figure prominently in the passing game for five-time Pro Bowl quarterback Russell Wilson. Metcalf was targeted four times last week in the exhibition game against Denver and had one catch for 8 yards.

By Teresa M. Walker 41 minutes ago
By Steve Megargee 7 hrs ago
By David Brandt 8 hrs ago
By Mark Anderson 9 hrs ago
By Joe Reedy 10 hrs ago