For Seahawks, their playoff run started in Week 3 vs. Dallas 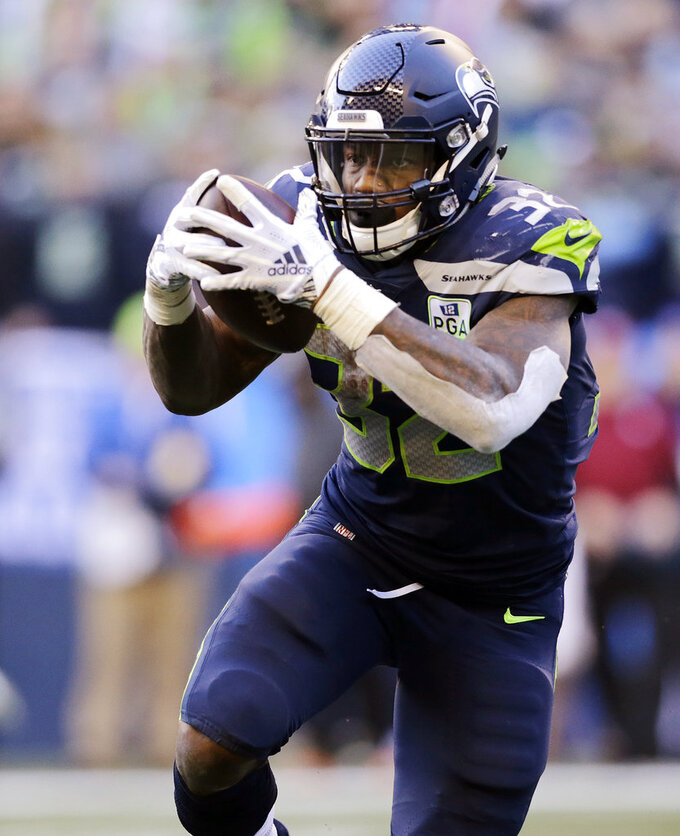 Seattle Seahawks' Chris Carson carries against the Arizona Cardinals during the first half of an NFL football game, Sunday, Dec. 30, 2018, in Seattle. (AP Photo/John Froschauer)

RENTON, Wash. (AP) — Pete Carroll and Brian Schottenheimer sat together and decided with their team winless after two games there needed to be a change.

What the Seattle Seahawks were trying to do on offense wasn't working.

"He and I sat down and kind of had a little heart-to-heart," said Schottenheimer, Seattle's first-year offensive coordinator.

"There were things that he and I just wanted to make sure we were on the same page about. It wasn't just the running game, it was he and I continuing to build our relationship and it was an awesome meeting. It probably lasted about an hour and we talked about a ton of different stuff. I know I came out of that meeting feeling really good just about the direction where we wanted to go."

The direction has been clear for more than three months as the Seahawks went from a team searching for answers to a team back in the postseason after a one-year absence from the playoffs.

And it was the decisions made before playing Dallas in Week 3 where the switch was made and Seattle started on its path that has the Seahawks headed to face the Cowboys on Saturday night in an NFC wild-card game.

The conversation between Carroll and Schottenheimer made clear Seattle was going back to the fundamentals of how it wanted to be offensively. They were going to make running the ball the priority and let Russell Wilson be a playmaker around the running success.

The result: Seattle ended the season as the best run team in the NFL, and with Wilson having one of the best seasons of his career making big plays in the passing game.

"I don't think you'd always sit there and say we're going to make this philosophy and go do this, and then you think you're going to be the best in the league at it," Schottenheimer said.

Throughout last offseason, Seattle preached it was returning to the basic offensive fundamentals that led them to consecutive NFC titles. They were going to be bullies running the football behind the trio of Chris Carson, Mike Davis and Rashaad Penny.

But for the first two weeks of the season, Schottenheimer and Carroll got too far ahead of themselves. They tried to see how much the Seahawks could rely on Wilson, rather than relying on the run game. The result was a pair of ugly losses to Denver and Chicago, and Wilson running for his life getting sacked 12 times in those first two games.

When Dallas arrived in Week 3, so did Seattle's change in approach. That was the week Carson became the workhorse in the run game. It was the week that the additions of D.J. Fluker and J.R. Sweezy at the guard positions started to become noticeable, and Seattle's running success meant Wilson was no longer under siege by the opposing pass rush.

Seattle rushed for only 113 yards that day in the 24-13 win — 102 by Carson — but it laid the foundation for what the Seahawks became.

"They were talking about it the whole time of running the ball more and being a run team," Carson said. "They finally started getting it going against the Cowboys and it's taken off ever since."

While it was the Cowboys when Seattle committed to its offensive identity, when it fully took hold depends on whom you ask. For Schottenheimer it wasn't until Week 12 at Carolina when he became convinced Seattle had the ability to win in multiple ways. The victory over the Panthers came on a day Seattle ran for only 75 yards, but Wilson threw for 339. It's the only time in the final 14 games Seattle was held under 100 yards rushing as a team.

For offensive tackle Duane Brown, it was Seattle's first game against the Los Angeles Rams in Week 5. Seattle lost 33-31, but ran for 190 yards and averaged 5.9 yards per carry.

"It just became our norm and we had some pretty good fronts that we went against," Brown said.

Carroll agreed with his left tackle that it was a few games after facing the Cowboys before the commitment to Seattle's offensive style became the norm.

"It was a step in right direction and the commitment came through but we were just getting started," Carroll said. "I don't think that was the pivotal week, it took us two or three weeks after that before we started to find the stride that we wanted and started to build on that."

By Barry Wilner 47 minutes ago
By The Associated Press 2 hrs ago
14 hrs ago
By Greg Beacham 17 hrs ago
By Dennis Waszak Jr. 17 hrs ago