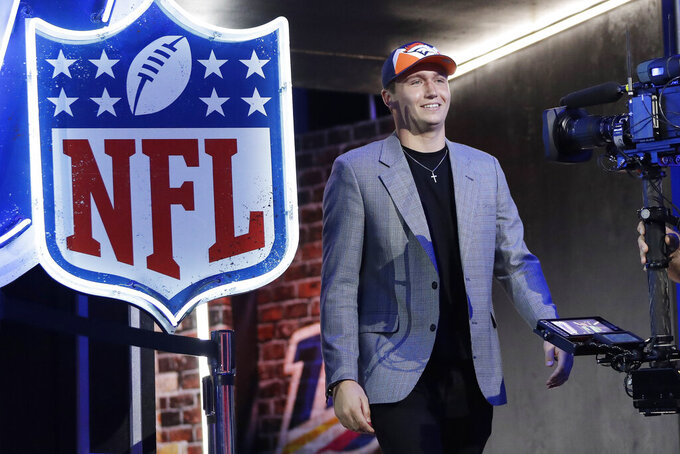 The Southeastern Conference is well on its way to having the most players taken in the NFL draft for the 13th year in a row.

Twelve of the first 24 picks of the second round Friday night were from the SEC, and at the end of the third the conference could lay claim to more than a quarter of the players drafted, 28 of 102.

Florida offensive lineman Jawaan Taylor was the first of three straight SEC players chosen in the second round, going No. 35 overall to the Jaguars. South Carolina wide receiver Deebo Samuel (49ers) and Mississippi offensive lineman Greg Little were next.

Missouri quarterback Drew Lock, who went No. 42 to the Broncos, started a run of four SEC players taken over five picks.

The SEC, which had nine first-round picks Thursday, had 19 players taken Friday.

"In the SEC, I had 35 career starts. I left a year early, but I feel like I was ready and prepared to play in the NFL because I played against a lot of great competition," Taylor said. "Definitely playing at Florida, playing in such a great conference prepared me for this role."

Every SEC school except Arkansas and Tennessee had at least one player drafted in the first three rounds. Alabama has a league-high five and Mississippi and Mississippi State have four each.

Defending national champion Clemson has had four players selected to lead the ACC.

Last year, the SEC had 27 players drafted through three rounds and finished with 53, and Alabama led the nation with 12.

Southern California, the school that has produced the most drafted players in history, didn't have a player taken until offensive tackle Chuma Edoga was picked by the New York Jets with the 92nd overall pick. That's the longest USC has had to wait for a player to be selected since 2001.

Old Dominion had its first player drafted in program history when defensive end Oshane Ximines went to the Giants in the third round.