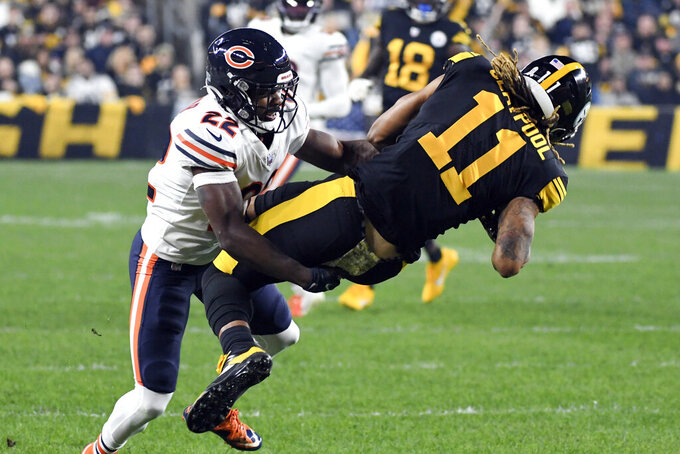 PITTSBURGH (AP) — The Pittsburgh Steelers have promoted wide receiver Steven Sims to the active roster for Sunday's game against Detroit.

Pittsburgh made the move Saturday after announcing wide receiver Chase Claypool is out for Pittsburgh's matchup against the winless Lions (0-8) due to a toe injury.

Claypool injured the toe during a 29-27 victory over Chicago last week.

Pittsburgh signed Sims to the practice squad in September, shortly after Sims was waived by Buffalo.

Sims spent the 2019 and 2020 seasons with Washington, catching 61 passes for 574 yards and five touchdowns while working primarily out of the slot.

Claypool is the second high-profile Pittsburgh receiver to be sidelined by injury this season. JuJu Smith-Schuster is out for the year after injuring his right shoulder against Denver last month. Claypool has 29 receptions for 433 yards and a touchdown in 2021.

Diontae Johnson and James Washington will likely be the starters for Pittsburgh (5-3) on Sunday as the Steelers try to build on a four-game winning streak.