Steelers return to practice while grieving loss of coach 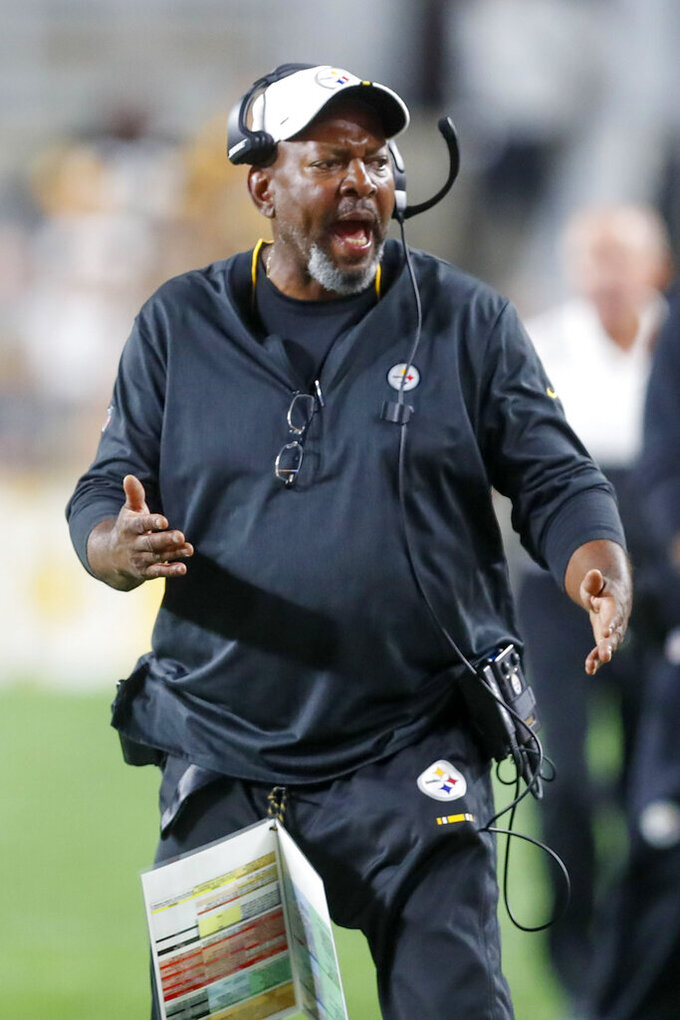 LATROBE, Pa. (AP) — Steelers coach Mike Tomlin gathered his team for what he called the "most important film session of the year." It was the team's first football work since the sudden death of wide receivers coach Darryl Drake.

For a team grappling with the grief over a beloved assistant, the meetings and drills at Saint Vincent College mark a return to routine. Whether that accelerates the healing is unclear.

"I don't know that it does," Tomlin said during a news conference in which he fought back tears. "But we've got professional obligations . so we intend to march."

Drake, a longtime NFL and college assistant, was found dead in his campus dormitory room Sunday. He was in his second season with the team but his relationship with Tomlin spans more than two decades.

The team canceled Sunday's practice and bumped up a scheduled day off to Monday to allow extra time for players, coaches and staff to absorb the loss.

Tomlin said some players and coaches made the hour-long trip back to their homes in Pittsburgh while others stayed on a campus that remained largely quiet for 48 hours. The Steelers made grief counselors available to players and staff.

"We realize we don't have a lot of answers," Tomlin said. "We seek people with experience to help dealing with such circumstances."

Other than statements released by the team attributed to Tomlin and President Art Rooney II on Sunday, Tomlin on Tuesday offered the first public words from the organization about the 62-year-old assistant.

"I was politely aggressive in building a relationship with him. He probably didn't have a choice — that's how he described it in terms of being my friend. I was too persistent, and he extended courtesies to me, like he does a lot of young guys like myself. We developed a rapport and our relationship grew from there."

Tomlin called Drake, "a father, a mentor, an adviser." He said the team has tributes planned but did not elaborate. Tomlin also declined to share funeral arrangements, deferring to Drake's family.

"It's whatever they say," Tomlin said. "We all feel that way."

As to who will replace Drake or fill his duties as a position coach, Tomlin said the team is "in the process of developing a plan."

"It's in place. I just don't wish to discuss the intimate details," he said. "I just don't think that's appropriate at this time."

The Steelers return to exhibition play Saturday against the Kansas City Chiefs at Heinz Field.