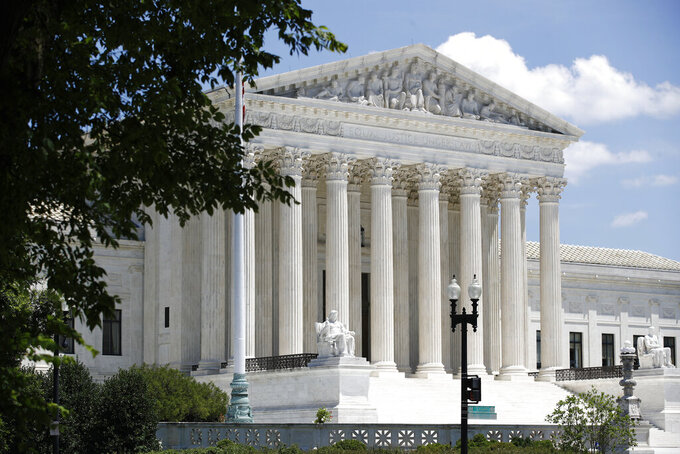 In this June 29, 2020 file photo, the Supreme Court is seen on Capitol Hill in Washington. (AP Photo/Patrick Semansky)

WASHINGTON (AP) — The Supreme Court said Monday an antitrust challenge can go forward to the way the National Football League sells the rights to telecasts of pro football games.

The league's 32 teams pool the rights to telecast their games, negotiating packages with the major networks as well as the DirecTV satellite service. The lawsuit was filed by businesses and individuals who say they purchased a package of games from DirecTV. A lower court ruled that the NFL's contract with DirecTV may limit competition in violation of federal law. The arrangement has been in place for more than 25 years.

Justice Brett Kavanaugh wrote that in rejecting the NFL's appeal at this early stage of the lawsuit, the high court was not necessarily endorsing the claims. “In sum, the defendants—the NFL, its teams, and DirecTV—have substantial arguments on the law. If the defendants do not prevail at summary judgment or at trial, they may raise those legal arguments again” in a new appeal to the Supreme Court, Kavanaugh wrote.