For television executives, return of football is good news 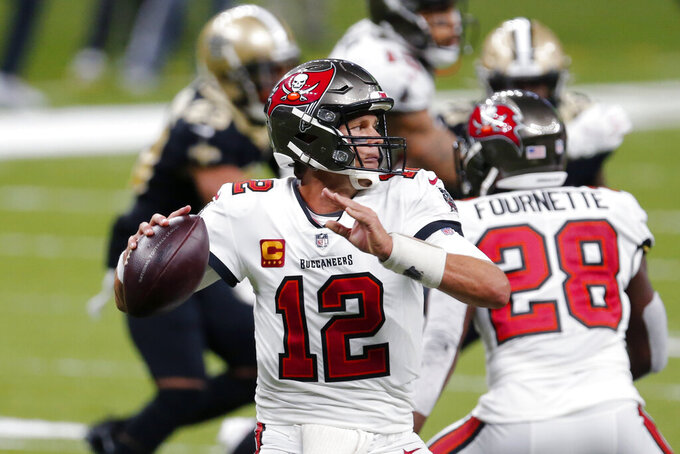 NEW YORK (AP) — Pro football has probably never been more important to television executives than this year, and its return has them ready to do a happy dance in the end zone.

A schedule of opening week games brought viewers back to their sets, led by a Hall of Fame caliber matchup between Tom Brady, a new member of the Tampa Bay Bucs, and Drew Brees of the New Orleans Saints.

That game was seen by just under 26 million people on Sunday afternoon on Fox. The network had its best viewership for an opening weekend of football since 2016, according to the Nielsen company.

Ratings for NBC's games on Thursday and Sunday night were down from opening week last year. CBS' five-game average for Sunday afternoon games was 13.59 million viewers, down 12 percent from 2019. The games faced competition from the NBA playoffs and news networks, stuffed with news on the presidential race, the pandemic and California wildfires.

Still, the games brought meant more viewers tuned in to the broadcasters than anytime in months.

Football's value to television advertisers keeps increasing, because few events have the ability to reach as many people at the same time with entertainment options multiplying. That's magnified this year with entertainment production largely shut down because of COVID-19.

With its two games, NBC dominated the prime time ratings, averaging 7.3 million viewers last week. Fox had 3.1 million, boosted by a sneak peek of “The Masked Singer.” CBS had 2.7 million, ABC had 2.4 million, Univision had 1.3 million, ION Television had 1.12 million and Telemundo had 1.09 million.

For the week of Sept. 7-13, the top 20 prime time programs, their networks and viewerships: