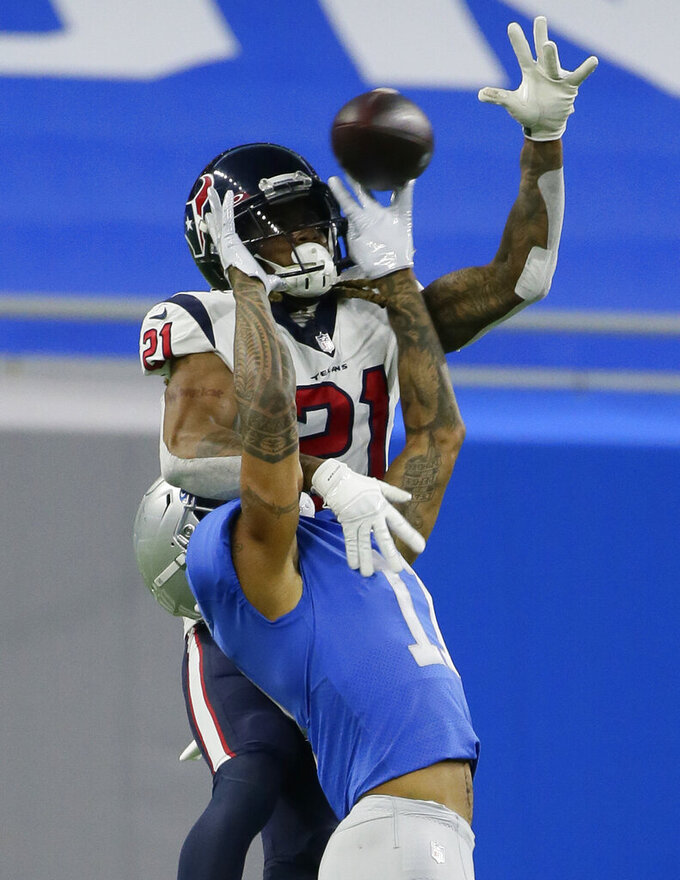 Roby's suspension comes a day after receiver Will Fuller announced that he had also been suspended six games for violating the policy after he said he was prescribed a medication that he thought was OK but that was on the banned substances list. Both players will miss the rest of the season.

Roby is Houston's top cornerback and the suspensions are a blow to a team that is struggling through a 4-7 season that already led to the firing of coach Bill O'Brien.

Roby started 10 games this season and had one interception, 37 tackles and defended seven passes. He did not make the trip to Jacksonville on Nov. 8 for an undisclosed reason that the team said was not injury or COVID-19 related.

Roby was a first-round pick in 2014 and spent his first five seasons in Denver before joining the Texans last season.