Titans and Hall of Famers to honor the late Bum Phillips 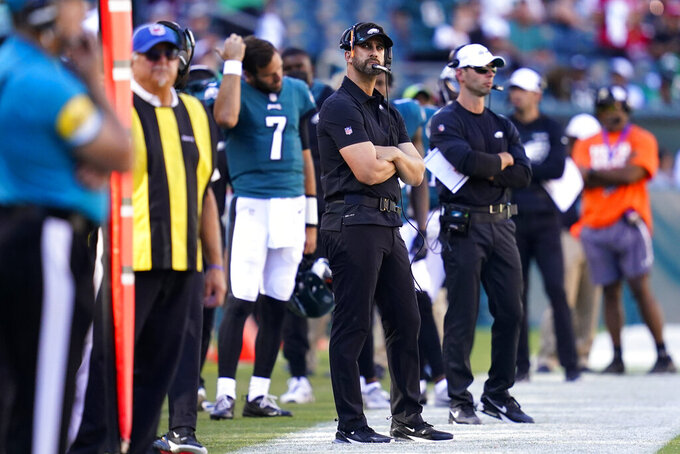 Philadelphia Eagles head coach Nick Sirianni watches play during the second half of an NFL football game against the San Francisco 49ers on Sunday, Sept. 19, 2021, in Philadelphia. (AP Photo/Matt Slocum) 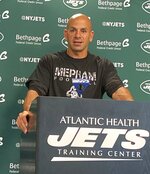 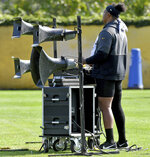 The late Bum Phillips, a Texas coaching legend who worked wearing a cowboy hat, is being honored by the team he led to two AFC championship game appearances.

In Tennessee, a quarter-century after the franchise left Texas for Music City.

The franchise now known as the Tennessee Titans will be inducting Phillips into the Ring of Honor on Sunday 41 years after he last coached for the then-Houston Oilers, and the occasion is bringing a bunch of former Oilers to Nashville to help celebrate the franchise founded in Texas in 1960 by the late Bud Adams.

The former Oilers are doing dinner with Titans controlling owner Amy Adams Strunk, watching the current team in practice, and having brunch before the Titans kick off Sunday against Indianapolis. The former Oilers also will serve as the honorary 12th Titan before kickoff and be recognized during the game.

Phillips, who died in October 2013 at the age of 90, will be the 15th person inducted into the ring of honor at halftime. He coached the Oilers for six seasons between 1975 and 1980 with AFC championship game berths in 1978 and 1979 at the height of the “Luv Ya Blue” era. Phillips still has the best winning percentage (.608) for any coach with at least two full seasons with this team, going 59-38 overall with a franchise that hadn’t had a winning record in eight seasons.

The Titans keeping the Oilers’ history remains a very sore subject in Houston, even with the NFL adding the Texans as an expansion franchise in 2002. Adams moved the franchise to Nashville in 1997 where they played as the Tennessee Oilers before being renamed the Titans in 1999.

Texas native Ryan Tannehill remembers Oilers games in Houston even though he was a young child at the time.

“My dad was a Warren Moon fan so I remember that,” the Titans quarterback said. “Then obviously right before they came here, the game against the Rams. Those are pretty early on in my life, but definitely good memories.”

None bigger than the one by Sofia LaSpina.

The 15-year-old wide receiver’s 4-yard catch made her the first female in Long Island, New York, varsity football history to score a touchdown. She finished with three catches for 45 yards and the history-making score.

The New York Jets recognized LaSpina’s achievements by selecting her as their high school player of the week. Together with Gatorade, the Jets donate $1,000 each week in the selected player’s name to support their football program. LaSpina also got to meet Pro Football Hall of Famer Joe Namath at a charity event Wednesday night on Long Island, and the former Jets quarterback had a brief catch with the high school receiver.

“Cool, right?” Saleh said. “I thought that was pretty cool.”

The Jets are also inviting LaSpina to their next home game (next Sunday against Tennessee) at MetLife Stadium.

LaSpina, a junior who also plays soccer at the high school in Bellmore, New York, scored her touchdown when she was split out wide and ran to the front of the end zone, where Peter Mayo zipped the ball into her hands. Her excited teammates rushed over to LaSpina, who received several high-fives and pats on the helmet to celebrate the score.

“Barely passing history class,” LaSpina wrote on her Instagram page, “but creating it is pretty fun.”

Zach Banner, a 6-foot-8, 344-pound right tackle for the Pittsburgh Steelers nicknamed the “Hulk” since he was a kid, spent time Tuesday at pop-up dinner for a nonprofit restaurant coming to Pittsburgh.

Café Momentum, based in Dallas, provides a 12-month post-release internship program for young men and women coming out of juvenile facilities. They rotate through all aspects of the restaurant, focusing on life and social skills, coaching, and development.

“You can’t just play football. You can’t just make money,” Banner said on the AP Pro Football Podcast. “You can’t just do these types of things and not take care of and not help and guide the next generation. A huge fraction of the players in the NFL have come from places like this that need help with inner-city help, community help around the nation. They came from communities like that. So it’s very, very relatable. So using that empathy to create greatness off the field."

Banner tore his right ACL in his first NFL start in Week 1 of the 2020 season. He’s moving closer toward returning to the Steelers.

“I get more confidence through the process the further we keep going because the stronger it gets and the less inflammation, it just feels really good. It’s getting better every day,” he said.

Rookie Philadelphia coach Nick Sirianni made the unusual move of wearing an opposing team’s logo during his meeting with reporters Thursday. His T-shirt read “Beat Dallas,” with the words above and below helmets of the Eagles and Cowboys. The teams play Monday night in the first NFC East game of the season for both.

Sirianni believes he’s simply reflecting the feelings of the fan base for the team’s biggest rival.

“Yeah, you can definitely feel it,” he said. “I can’t tell you how many times since I’ve been here having an interaction with a fan, it’s like, ‘Hey, beat Dallas.’ I think that’s awesome. So really love the fact that I’m able to partake in this rivalry and it means a lot to the city, to our team, it means a lot to this building.”

Sirianni, who says the rest of his family has the shirts as well, knows what picture might appear in the opponent’s building this week.

“And that’s fine,” he said. “This is about a good rivalry. I don’t know if anyone -- our side, their side -- needs any more bulletin-board material or if it’s even going to help because we know how big the rivalry is and how much it means to both sides.”

“They’re definitely probably our biggest rival since I’ve been here, probably the team I don’t like the most,” the two-time rushing champ said. “Philly week is always fun.”

But Elliott isn’t expecting coach Mike McCarthy to show up in a “Beat Philly” shirt.