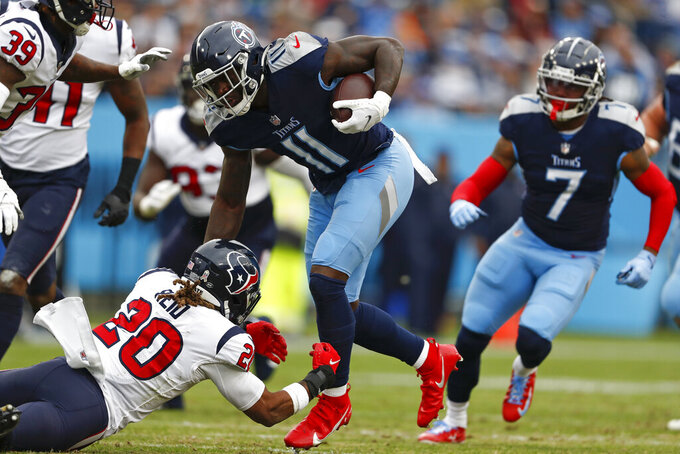 Brown already had been declared out for Sunday's game against New England after he sustained a chest injury during last weekend's loss to Houston. Now he will be out at least until Dec. 23 and becomes the 17th player currently on IR for Tennessee (8-3).

He is the Titans' leading receiver with 46 catches for 615 yards and three touchdowns.

Fellow wide receiver Julio Jones went on injured reserve with a hamstring injury Nov. 13. He is eligible to be activated after the Titans' bye Dec. 5.

It leaves the Titans with four receivers against the Patriots with Nick Westbrook-Ikhine, Chester Rogers, Dez Fitzpatrick and now Hollister.