Titans rule out Dupree, Davis among 7 out against Texans 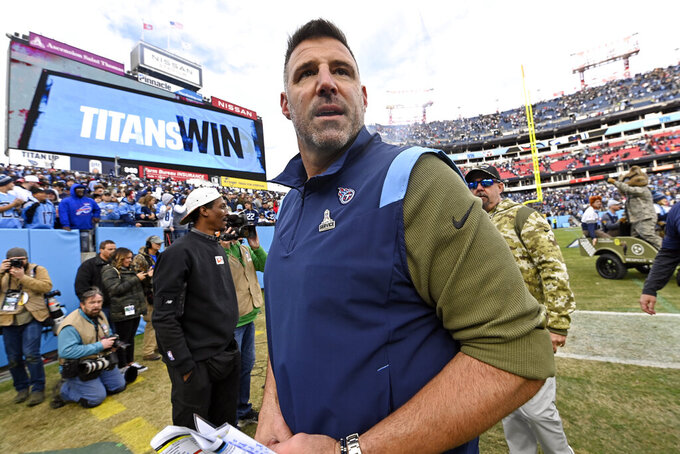 NASHVILLE, Tenn. (AP) — Linebacker Bud Dupree is among seven Titans ruled out for Sunday's game with the Houston Texans.

The Titans (8-2) go into Sunday's game having won six straight, the NFL's longest active streak. They've also used an league-high 82 players, two off the mark set by Miami in 2019 and tied by San Francisco in 2020.

Dupree left last weekend's win over the Saints in the opening minutes with an abdominal injury. Davis played last weekend but did not practice all week. This will the second game he's missed because of a concussion in three weeks.

Swaim was added to the injury report Thursday after not practicing. He's fourth on the Titans with 18 catches, and McNichols is second with 25 receptions.

Cornerback Jackrabbit Jenkins is questionable with a chest injury after not practicing the past two days.

Receiver A.J. Brown was given Friday off for rest.