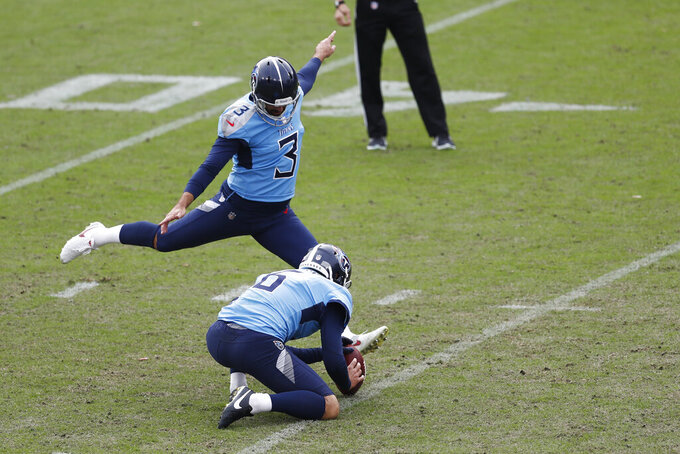 Allen also will replace Kern as the Titans' holder on extra points and field goals. Allen has played 104 games in the NFL with New England and Atlanta. He held for Titans kicker Stephen Gostkowski when both were with the Patriots during Allen's tenure between 2013 and 2018.

Long snapper Matt Overton and outside linebacker Wyatt Ray were promoted from the practice squad for the game with Chicago. The Titans also released offensive lineman Daniel Munyer and signed punter Trevor Daniel to the practice squad.