Titans' virus outbreak at 5 with Landry now on reserve list 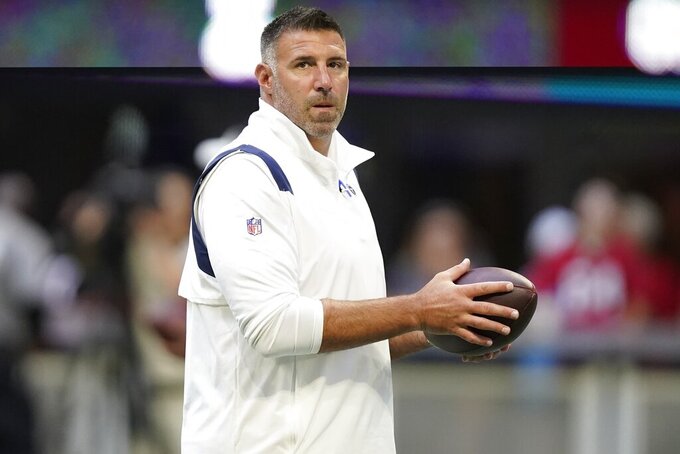 Tennessee Titans head coach Mike Vrabel watches teams warm up before the first half of a preseason NFL football game between the Atlanta Falcons and the Tennessee Titans, Friday, Aug. 13, 2021, in Atlanta. (AP Photo/Brynn Anderson)

Landry started that game and played six snaps. He spoke to reporters after practice Monday but didn't practice Tuesday. That's when the Titans stepped up precautions, including wearing masks inside the team's headquarters, and also conducted rapid tests on everyone regardless of vaccination status.

Now Landry joins defensive lineman Anthony Rush, linebacker Nick Dzubnar and running back Jeremy McNichols on the reserve/COVID-19 list, which is for players who either test positive for the virus or are in quarantine after close contact with an infected person.