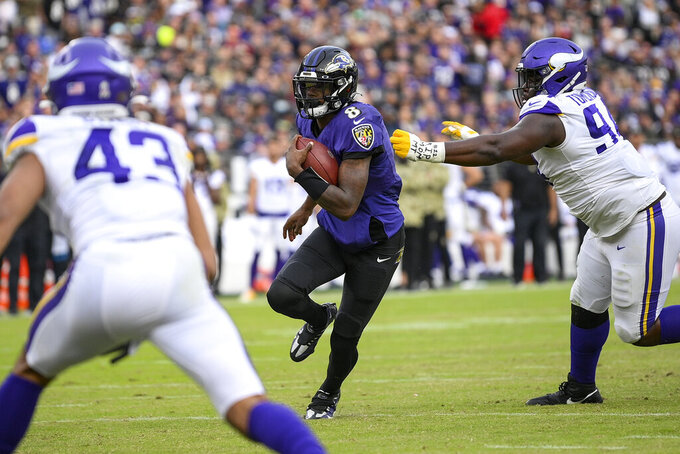 Tomlinson was back at practice after sitting out the previous 10 days. He missed the game at San Francisco last week, the first absence of his five-year NFL career.

The Vikings also got defensive tackle Michael Pierce back at practice this week, designating him for return from injured reserve. He has missed the past seven games with an elbow injury.

Cornerback Patrick Peterson landed on the COVID-19 reserve list on Monday, putting his status for the game at Detroit on Sunday in doubt. Defensive end Danielle Hunter (pectoral) is out for the season. Defensive end Everson Griffen remains out indefinitely following a mental health crisis that arose at his home last week.