Vikings slowly but surely adjust to yet another new offense 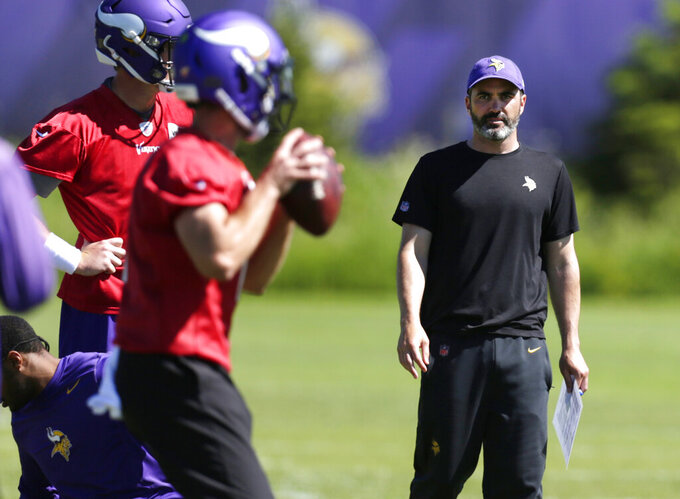 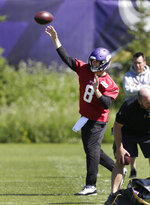 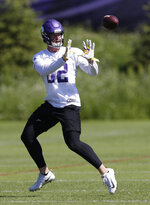 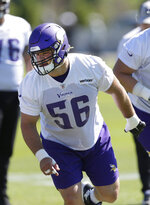 EAGAN, Minn. (AP) — Stefon Diggs has dived into yet another playbook. The fifth-year player is taking direction from a fourth offensive coordinator, Kevin Stefanski, since he was drafted by the Minnesota Vikings.

As challenging as the frequent changes in philosophy and terminology have been, well, at least the Vikings' veterans are used to it by now. Might learning a new system become less daunting when players are doing so almost every spring?

"Yeah, it actually does," Diggs said this week with a smile, as he attempted to downplay the difficulty of another scheme shift. "We have run the same route a million times. Just because it has a new name doesn't mean we can't run it. Just being around for a little while now has made it a little easier."

Still, there's been no denying the defense in Minnesota has had the edge in full-team drills over the defense during the practices that were open to the media in May and June. Sure, the defense is stacked with Pro Bowl players at each level, one of the most elite units in the league, but it's hard to beat the familiarity with coach Mike Zimmer's system that has remained stable since its implementation upon his arrival in 2014.

Stefanski, who took over on an interim basis for the final three games last season following the firing of John DeFilippo, has been on the staff since 2006. So he has absorbed pieces of several different schemes as his favored ingredients for the yet-to-be-defined system the Vikings will employ this fall.

At Zimmer's urging, they'll strive for a better pass-run balance, and the arrival of new offensive line coach and running game coordinator Rick Dennison has helped the offense hone in on a zone-blocking scheme to maximize running back Dalvin Cook's cutback abilities and the mobility of the blockers up front. They'll also likely strive for more play-action passes, a strength of quarterback Kirk Cousins and, to hear Zimmer to tell it, a bother for any defense if properly executed.

"You have to take a peek at it from 20,000 feet, as opposed to on the ground, but what I'm appreciative of is that we have some really good position coaches here, and they're great teachers," Stefanski said. "I love to walk around this practice field and just listen to them teach, because I pick something up every time that I'm out here. I bounce around to each one of these position groups as they're working in individual, and I can tell you we have an outstanding staff here."

That, of course, includes new assistant head coach and offensive adviser Gary Kubiak. The former Houston Texans and Denver Broncos head coach, while trying to let the 37-year-old Stefanski forge his own identity, has a significant role in the rollout, a valuable sounding board and strategist for both Stefanski and Zimmer.

"It's a different role, but I'm really enjoying it. I mean, I get to watch guys coach. I'm watching all the good young coaches on the offensive staff, being with Kevin every day, and watching him do the things I did for 30 something years and then sitting down with him after practice and talking through situations," Kubiak said. "Me and Zim have battled for many, many years, and now we get to battle every day in practice. But it's been really good."