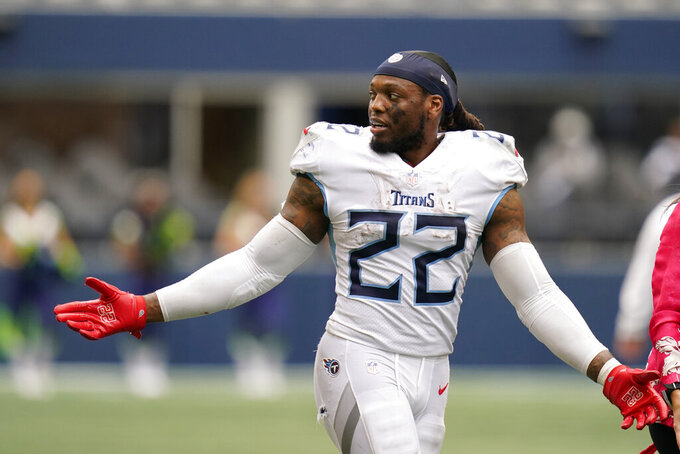 In this week spotlighting returns by Tom Brady to New England, Andy Reid to Philadelphia and Kevin Stefanski to Minnesota, don’t lose sight of the best matchup on the schedule.

The Rams and Cardinals, both 3-0, meet for NFC West supremacy.

Two potent offenses go at it in SoFi Stadium. Arizona is the only team to score 30 or more points in its first three games as quarterback Kyler Murray has been scintillating. Los Angeles' new QB, Matthew Stafford, has thrown for 942 yards and nine touchdowns against one interception.

“As far as being a competitor, these are the ones you’ve got to embrace," Murray says. "The team’s expecting me to be my best on Sunday, that’s how I see it.”

Sean McVay has never lost to the Cardinals in eight career meetings. The Rams have won eight straight games in the series, all under McVay. Arizona’s most recent win came in a 44-6 rout at the Los Angeles Memorial Coliseum on January 2017. McVay was hired 19 days later.

“I don’t know that there’s really an answer other than when we’ve played them, our guys have found a way to deliver in that three-hour window and do an excellent job coming away with the wins,” McVay says. “But we all know this ... what’s happened in previous years has zero to do with what we’re going to try to do on Sunday. Those things have no merit. It doesn’t do anything for us.”

Although Arizona's Chandler Jones was a sackmaster in September, it's the Rams' defense that is most scary. Murray has been sacked 11 times in four previous meetings and harassed into mediocre showings.

“There’s no shying away from it,” Murray says. “If you shy away from it, you’ll get eaten alive, and that’s just how it is.”

The action began Thursday night with Cincinnati's 24-21 victory over Jacksonville. The Jaguars led 14-0 at halftime before Joe Burrow rallied the Bengals and denied coach Urban Meyer and rookie quarterback Trevor Lawrence their first wins for Jacksonville. Burrow threw for 348 yards and two touchdowns and led a methodical drive to set up Evan McPherson's 35-yard field goal as time expired.

Let's get some stats out of the way before focusing on Brady back to Gillette Stadium for the first time as a visitor.

A win makes Brady the fourth quarterback to beat all 32 teams, joining Brett Favre, Peyton Manning and Drew Brees. Brady needs 68 yards passing to surpass Brees’ NFL record of 80,358 yards; he already has the most TD passes (591) and wins as a starting quarterback (232).

Patriots coach Bill Belichick is 63-75 as an NFL head coach without Brady, 8-11 since Brady left New England for Tampa and won a seventh Super Bowl.

“I’m excited to go play a football game ... and try to get back on a winning track," says Brady, who can expect a roaring ovation — before the kickoff, of course. "And I know it’s against the team that I played 20 years for, and I know it’s against a very quality team and a great organization and a great franchise, but I’m going to do everything I can to keep it like I normally do.”

Reid, the winningest coach in Eagles history, sees the Chiefs with a losing record under him for the first time since they were 4-5 in 2015.

He didn't mention that in quarterback Patrick Mahomes, tight end Travis Kelce and receiver Tyreek Hill he likely has the playmakers to overmatch a defense that was a sieve on Monday night at Dallas.

Sure, the Chargers will be the home team. Does anyone believe their fans will outnumber Raiders supporters at SoFi Stadium?

Penalties have been the biggest challenge for the Chargers, ranking 31st in that area (26) and last in penalty yards (243).

One of the league's most tense rivalries, with the Seahawks winning 13 of the past 15 meetings, though four of the past five were decided by five points or fewer. Seattle's Russell Wilson has beaten San Francisco 15 times, including a playoff win, and has 33 TD passes against the Niners. Only Hall of Famer Johnny Unitas has more with 17 wins and 40 TD passes. Seahawks coach Pete Carroll’s 17 victories against the 49ers are the most by any coach.

Wilson needs one win to be the second quarterback in league history with 100 or more regular-season victories in his first 10 seasons. Peyton Manning (105 wins) is the other. Wilson might need to be a passing fiend Sunday because San Francisco hasn’t allowed a 100-yard rusher in 23 regular-season games, the NFL's longest active streak.

Coming off that breathtaking NFL-record 66-yard field goal by Justin Tucker, the Ravens face an unbeaten team whose opponents are a collective 0-9. Denver has a formidable defense led by the healthy and rejuvenated Von Miller. And the Ravens have a chance to tie an NFL record with their 43rd consecutive game of at least 100 yards rushing. Pittsburgh set that mark from 1974-77.

Miller is the only player in the AFC with sacks in each of the first three weeks. Meanwhile, Ravens quarterback Lamar Jackson has either a rushing or passing score in 39 straight games, the longest active streak in the league.

Dallas looked sensational in beating Philadelphia, but get this: The Cowboys have lost eight of their past nine games the week after playing on Monday night. This group leads the NFL with eight takeaways and is tied for first with New Orleans at plus-5 in turnover differential.

Carolina’s defense leads the NFL in all three yardage categories (overall, rush, pass) and is second in points allowed. It will test Dak Prescott, who has completed an NFL-best 77.5% of his passes with six touchdowns and two interceptions in a return from the ankle injury that sidelined him after Week 5 last year.

Remember that great start for the Steelers at Buffalo and the horrid one for Green Bay against the Saints?

— The Packers' Aaron Rodgers has found his top target in the past two wins, when Davante Adams has caught 20 passes for 253 yards. He has 2½ times as many receptions and over four times as many yards receiving as any of his teammates.

Still, the Steelers have won each of their past five regular-season matchups with Green Bay, though Rodgers was injured for two of those.

Rookie Davis Mills makes his second career start with veteran Tyrod Taylor hurt. Buffalo hasn’t been kind to quarterbacks with 16 or fewer career starts, going 9-0 in that category since the start of the 2019 season, not including a 35-0 win over Miami in Week 2, when Tua Tagovailoa was sidelined in the first quarter.

The Texans have won five of the past six meetings, and Brandin Cooks leads the AFC with 322 yards receiving. He'll be challenged by a solid secondary led by cornerback Tre'Davious White.

After being displaced by Hurricane Ida for their season opener — a rout of Green Bay in Jacksonville — and two road games, the Saints return to the Superdome. New York hasn’t won there since 1993. The Saints have taken five of seven meetings since Sean Payton, a former Giants offensive coordinator, became the head coach in New Orleans in 2006. New Orleans has won all three meetings in the Superdome with Payton in charge.

Stefanski spent 14 seasons as a Vikings assistant before becoming offensive coordinator in 2019. Cleveland defensive coordinator Joe Woods and special teams coordinator Mike Priefer are among seven assistants on Stefanski’s staff who previously worked with him with the Vikings. The Browns are 5-0 against NFC teams under Stefanski.

“I owe him a great debt of gratitude for how he, No. 1, retained me on the staff when he came in," Stefankis says of Vikings coach Mike Zimmer, "and then moved me through the offensive staff and made me a coordinator. He’s somebody who was very instrumental in my development.”

Vikings QB Kirk Cousins has 200 straight attempts without an interception, one short of his team record set in 2019.

New York is looking to avoid its third straight 0-4 start, but under first-year offensive coordinator Mike LaFleur, the Jets have not led at any point this season. That doesn't bode well against Tennessee: The Titans are 14-2 when scoring first since the start of the 2019 season. They also are 12-5 on the road in that span.

Reigning AP NFL Offensive Player of the Year Derrick Henry has 381 combined yards in the past two games, including 86 yards receiving. Henry also is leading the NFL in rushing with 353 yards, and has at least 100 yards rushing in 11 of Tennessee's past 12 road games in the regular season.

Appropriately, Don Shula, the NFL's career coaching wins leader who died in May 2020, will be honored. He coached the Colts and Dolphins in a 33-year career.

You have to feel for the Lions — well, maybe not Bears fans — after yet another tough last-minute loss. On Tucker's 66-yard field goal that doinked off the crossbar, no less.

The Lions have lost seven straight since winning at Chicago last season, but there's hope in this one. Chicago has uncertainty at quarterback with both Andy Dalton (left knee) and Justin Fields (right thumb) banged up. The Bears had the second-fewest yards of net offense in franchise history (47) against Cleveland. And Chicago is tied for the league lead with 15 sacks allowed.

The Falcons have won six straight over Washington, with their most recent loss coming in 2003 — the previous time Washington won in Atlanta. Washington dominated the series through 1993, going 14-3-1, including a 24-7 victory during the 1991 season in the teams’ only playoff meeting. Since 1993, the Falcons have won seven of eight.