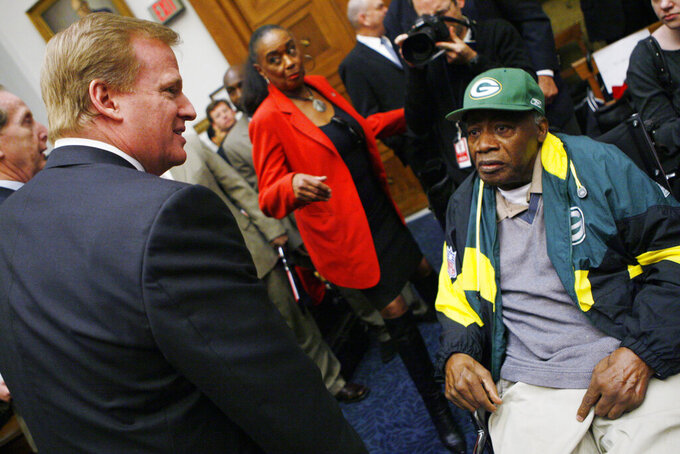 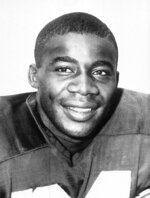 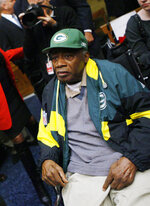 LOS ANGELES (AP) — Willie Wood, the Hall of Fame defensive back who won five NFL championships with the Green Bay Packers under coach Vince Lombardi and made the first interception in Super Bowl history, died Monday. He was 83.

Wood died of natural causes in Washington, according to Robert Schmidt, his longtime friend and former teammate at Southern California. Wood had suffered from advanced dementia for several years.

After being undrafted out of Southern California, Wood sent postcards to several NFL teams seeking a tryout. The 5-foot-10, 190-pounder signed as a free agent with the Packers and played safety for them from 1960-71.

“The Packers saw his heart while the others saw his size,” Jim Hill, who played for the Packers from 1972-74 and now is sports director for KCBS-TV in Los Angeles, told The Associated Press. “Vince had an eye like Joe Torre or Tom Lasorda. He could see talent where other people couldn't.”

Wood had a key interception in the first Super Bowl, returning it 50 yards to set up a third quarter touchdown that sealed the Packers' 35-10 victory over the Kansas City Chiefs in 1967.

“Willie was Mr. Packer on defense along with Ray Nitschke,” Hill told the AP. “Willie set the tone and the pace for people who played safety — very smart, very articulate, a good tackler. Anything that was good about sports and football was Willie Wood.”

Wood had a 31-yard punt return in the second Super Bowl that stood as a record for 16 years. The Packers beat the Oakland Raiders 33-14 in the 1968 title game.

“The Green Bay Packers family lost a legend,” Packers president and CEO Mark Murphy said. “Willie's success story, rising from an undrafted rookie free agent to the Pro Football Hall of Fame, is an inspiration to generations of football fans. While his health challenges kept him from returning to Lambeau Field in recent years, his alumni weekend visits were cherished by both Willie and our fans.”

Wood was a nine-time All-NFL first or second team honoree, an Associated Press All-Pro from 1964-68, and played in eight Pro Bowls. He won five of the six NFL championship games he played in. In his career, he had 48 interceptions and had 1,391 yards on 187 punt returns. His 154 career starts was an NFL record for a safety.

He was inducted into the Pro Football Hall of Fame in 1989 and the Packers Hall of Fame in 1977. He was named to the NFL 1960s All-Decade team and was one of two safeties chosen on the Super Bowl Silver Anniversary Team in 1990.

“The game has lost a true legend with the passing of Willie Wood,” Hall of Fame president and CEO David Baker said. “He had an unbelievable football career which helped transform Green Bay, Wisconsin, into Titletown USA. Willie was a rare player who always fought to be a great teammate and achieve success.”

Although they didn't play at the same time in Green Bay, Hill was friendly with Wood.

“I would always tell him, ‘Nobody could replace you,’ and he would smile and downplay his role," Hill said.

Wood, however, was no pushover on or off the field.

“If somebody made fun of his height, they didn't do it in front of him,” Hill said. “He was one tough (guy).”

The flag at the Hall of Fame in Canton, Ohio, will be flown at half-staff in Wood's memory.

At USC, Wood played quarterback and defensive back from 1957-59. He was the first black quarterback in what is now the Pac-12 Conference. He was a team captain as a senior when the Trojans were 8-2. He came to USC after playing the 1956 season at Coalinga (California) Junior College, where he was a JC All-American

After coaching, Wood ran his own business in the Washington, D.C., area.

He is regarded as one of D.C.'s greatest high school athletes after starring at Armstrong High. A city street is named Willie Wood Way.

Wood is survived by sons Willie Jr., who coached at D.C.'s Woodrow Wilson High and in the Arena Football League, and Andre; and daughter LaJuane. His wife, Sheila, died in 1988.