Zimmer upset with camp D: 'They think they're pretty good' 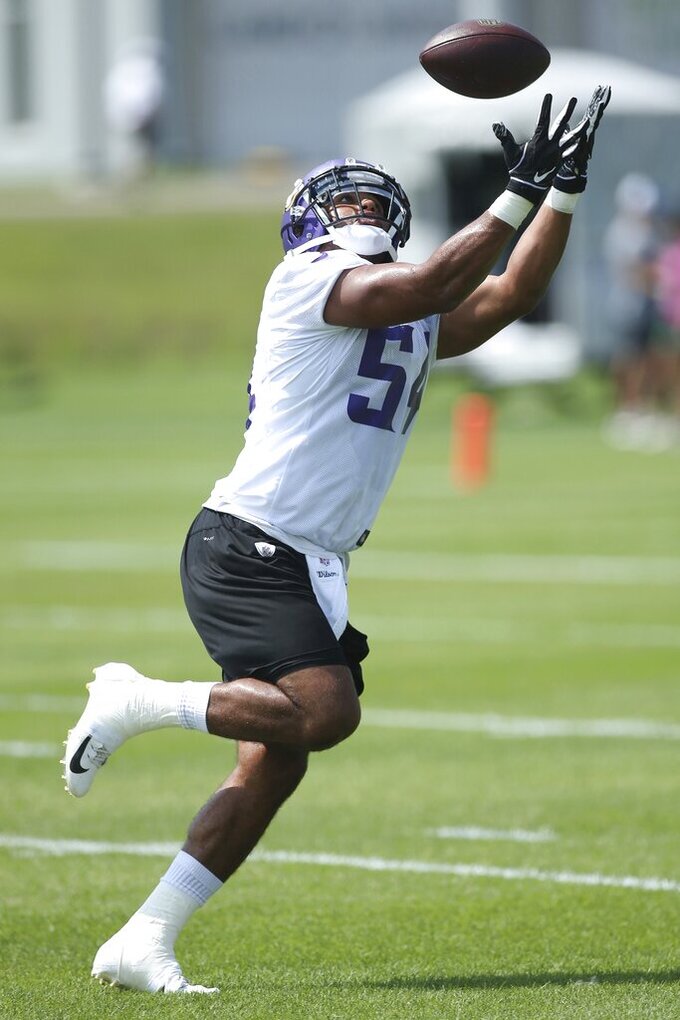 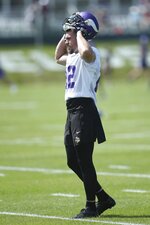 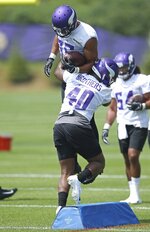 EAGAN, Minn. (AP) — With six players who have been to the Pro Bowl and only one new starter in a well-regarded scheme that has remained largely unchanged entering a sixth season under coach Mike Zimmer, the Minnesota Vikings' defense ought to have a lot less work to do in training camp than most units around the league.

Try telling that to the boss.

"We need to play a lot better," Zimmer said Thursday, delivering an unprompted criticism in a detour from a reporter's question about the progress of safety Anthony Harris. "The offense has got a lot of grit and fight, and I haven't seen that much out of the defense yet. That's my major concern at this point."

Ever the old-school, no-nonsense coach, Zimmer was clearly attempting to send a message through the media to motivate a group that is as proud, experienced as accomplished as any in the NFL. One week into full-team workouts, with the Sept. 8 opener still more than five weeks away, is hardly time to worry. Or is it?

"As I've told a few of them, they've been together for quite a while now, and they think they're pretty good, so maybe we just go out and practice and there's not the intensity level or whatever we need to do," Zimmer said. "They're not making mistakes, because they've been in the same defense for six years now, so it's a little bit of, maybe, complacency? Hey, we're in the top five in defense every year, blah blah blah."

The Vikings, for accuracy, ranked sixth, first and ninth in points allowed over the 2016-18 seasons. In yards allowed, they were third, first and fourth, respectively. With only defensive tackle Sheldon Richardson lost from last year's lineup, and Shamar Stephen expected to take over that spot, the Vikings have the same ingredients in place for another dominant defensive performance.

Sure, safety Harrison Smith, nose tackle Linval Joseph and defensive end Everson Griffen are all in their 30s now, but one year older also means wiser. Defensive end Danielle Hunter, whose natural ability carries the potential for him to be the best player on that side of the ball, is only 24. As for the lack of competition for first team playing time, well, Zimmer wasn't buying that as a factor in what he has viewed as a relatively lackadaisical approach to the first handful of practices.

"I just think they need to get more competitive. We need to come out here and compete every day. In all the situations, the offense has won every time, so if they want to be great on defense, they've got to play with a chip on their shoulder, and I haven't really seen that yet," Zimmer said.

The coach's comments came in the morning, before the full team took the field, and the intensity during drills appeared to be increased. Smith, who along with Joseph, Griffen, linebacker Anthony Barr and cornerback Xavier Rhodes has been in place the whole time Zimmer has been here since his arrival in 2014, had no qualms with the coach's viewpoint.

"If we want to have an identity, we have to go make that identity. We can't just show up and think, 'Oh, we're good,'" Smith said. "I think what he said is right. I don't think there's been a lackadaisical approach. I go back to something he said when he got here about what our attitude was when the defense was, quote, terrible. It's just the mindset. It's not that we aren't out here playing well. There's maybe an edge that he hasn't seen that we have to we have to show."

Smith laughed, then added: "If I took offense to everything Zim said, I wouldn't have lasted a very long time."