Frugal Patriots look to use draft to get faster at LB, WR 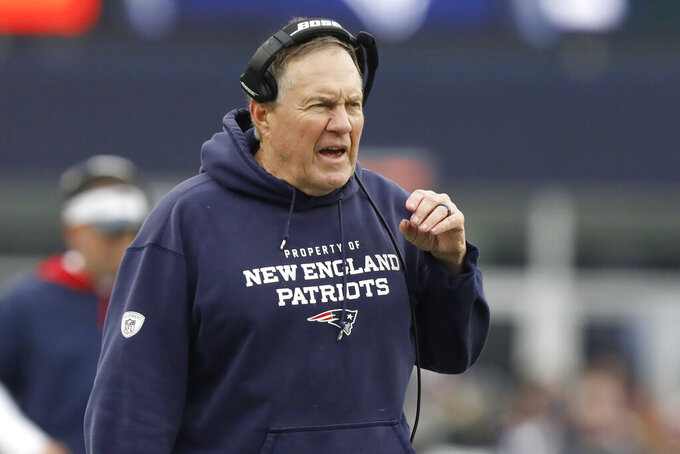 FILE - New England Patriots head coach Bill Belichick calls to his players during the first half of an NFL football game against the Jacksonville Jaguars, Sunday, Jan. 2, 2022, in Foxborough, Mass. Belichick will turn to the draft to bolster a roster that still needs a youth injection at linebacker, offensive line, receiver and cornerback. (AP Photo/Paul Connors, File)

LAST SEASON: The Patriots spent heavily in free agency last offseason and got great production in return from new additions Matt Judon, Davon Godchaux and Hunter Henry. Still, they got off to a 2-4 start, which included a loss to Tom Brady and Tampa Bay in his return to face his former team. It turned out to be an inflection point. A subsequent seven-game win streak briefly catapulted New England into first place in the AFC East, a position it hadn’t held since Brady’s departure. That was erased by three losses in the final four games, setting up a wild-card playoff matchup with Buffalo. New England’s return to the postseason lasted that one game as the Bills rolled to a 47-17 win.

OUTLOOK: The Patriots are in transition mode after former director of player personnel Dave Ziegler went to Las Vegas, where he’ll be new coach Josh McDaniels’ general manager. There’s been some adjustment to their approach under new personnel head Matt Groh, but he has been with the Patriots for more than a decade and is familiar with Bill Belichick’s philosophies. Look for New England to be more aggressive than usual, when it typically has chosen to trade back. The only year the Patriots haven’t made at least one draft-day trade under Belichick was 2004.