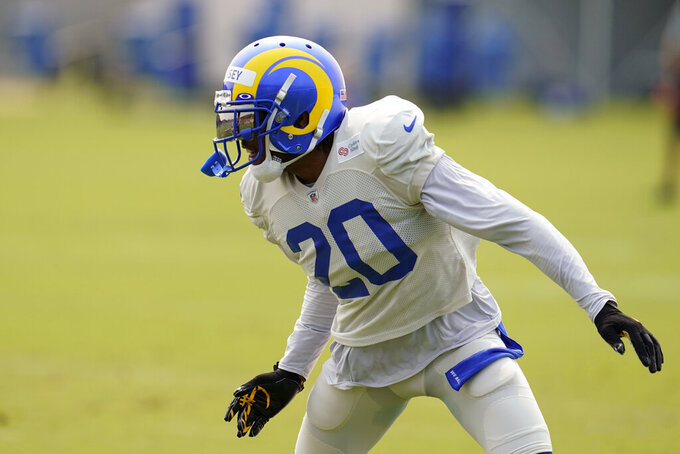 THOUSAND OAKS, Calif. (AP) — Jalen Ramsey will become the highest-paid defensive back in NFL history after agreeing to a five-year, $105 million contract extension with the Los Angeles Rams.

The extension announced Wednesday includes $71.2 million, the most guaranteed money ever given to a defensive back, according to Ramsey's agent, David Mulugheta.

Ramsey will average $21 million per season, another record for a cornerback or safety. Ramsey will make $13.7 million this season in the final year of his rookie contract.

Los Angeles acquired Ramsey in a trade with Jacksonville midway through last season, giving up two first-round draft picks to secure one of the NFL's elite cornerbacks. Ramsey had one interception in nine games with the Rams while earning his third straight Pro Bowl selection.

Ramsey's first 3 1/2 years in Jacksonville were marked by acrimony between the player and the Jaguars, both over his contract and his concerns about the team's direction. Ramsey has had none of those concerns with the Rams, who barely missed the playoffs last season while going 9-7.

The Rams open their season Sunday night against the Dallas Cowboys at SoFi Stadium, their new home.