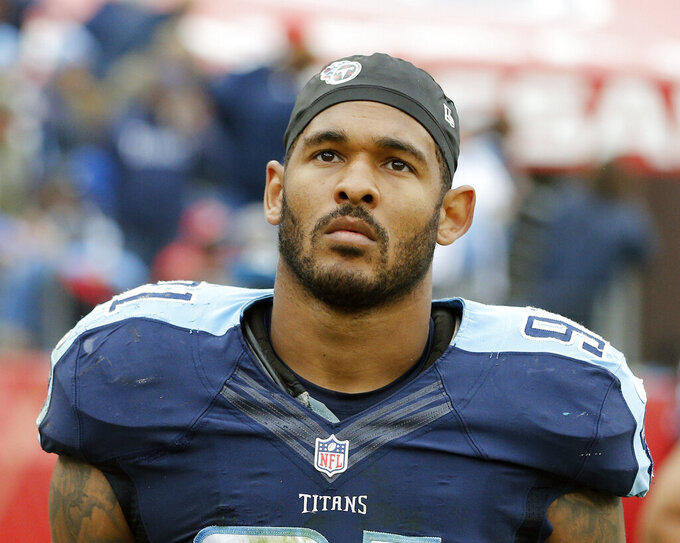 FILE - This Oct. 25, 2015, file photo, shows Tennessee Titans outside linebacker Derrick Morgan on the sideline in the second half of an NFL football game between the Titans and the Atlanta Falcons, in Nashville, Tenn. Tennessee defensive lineman Derrick Morgan says he's retiring after playing nine NFL seasons for five head coaches. Morgan announced his decision Monday on social media and with a post at The Players' Tribune. (AP Photo/Weston Kenney)

Morgan announced his decision Monday on social media and with a post on The Players' Tribune website. He wrote that he had a strong indication 2018 would be his final season and that he always wanted to leave the game on his own terms. Morgan says he is thankful to say he accomplished both goals.

The 16th pick overall out of Georgia Tech in 2010, Morgan spent his entire career with Tennessee. He started 106 of 118 games and had 44½ sacks playing defensive and outside linebacker. He had a sack in his lone playoff game, the Titans' wild-card win in Kansas City in January 2018.

Morgan says he sees this as a transition as he works to create more opportunities for the underserved and overlooked.