RB Breida traded by 49ers to Dolphins for 5th-round pick 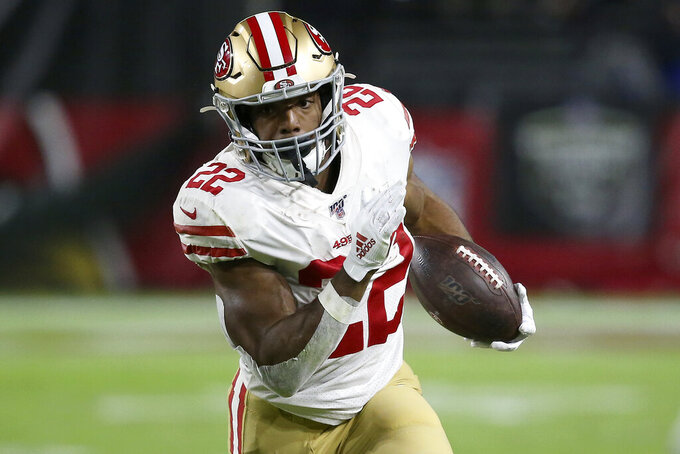 FILE - In this Oct. 31, 2019, file photo, San Francisco 49ers running back Matt Breida (22) carries the ball against the Arizona Cardinals during the first half of an NFL football game in Glendale, Ariz. Breida has been traded to the Miami Dolphins by the San Francisco 49ers for a fifth-round draft pick on Saturday, April 25, 2020. (AP Photo/Ross D. Franklin, FIle)

MIAMI (AP) — Running back Matt Breida was traded to the Miami Dolphins by the San Francisco 49ers for a fifth-round draft pick Saturday.

Breida, who is from Brandon, Florida, averaged 5.0 yards per carry in three seasons with the 49ers and has 67 career receptions. Last year he rushed for 623 yards in 13 games but saw little action late in the season.

Breida is likely to share playing time with Jordan Howard, who was acquired in free agency last month. The Dolphins ranked last in the NFL in rushing in 2019, and 37-year-old quarterback Ryan Fitzpatrick was their leading rusher.