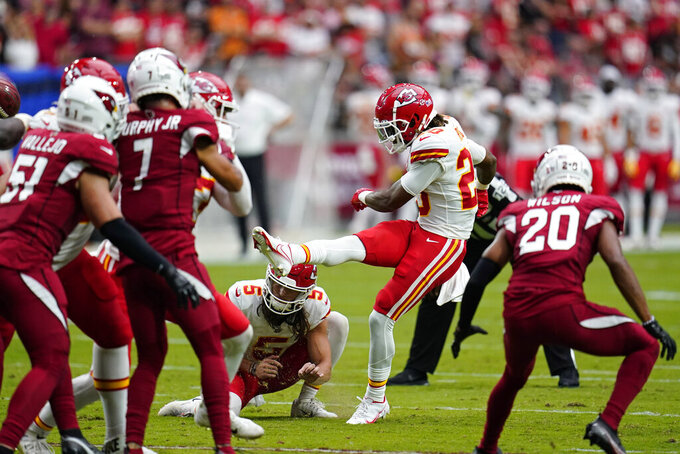 Reid was called into action after kicker Harrison Butker rolled his left ankle on a kickoff in the first quarter Sunday against the Arizona Cardinals.

Butker was taken off the field on a cart, but later returned to the sideline.

Reid made his first extra point attempt, but missed his second after the Chiefs took a 20-6 lead in the second quarter. He also boomed two kickoffs for touchbacks.

The Chiefs experimented with Reid at kicker during camp and he made an extra point in a preseason game.