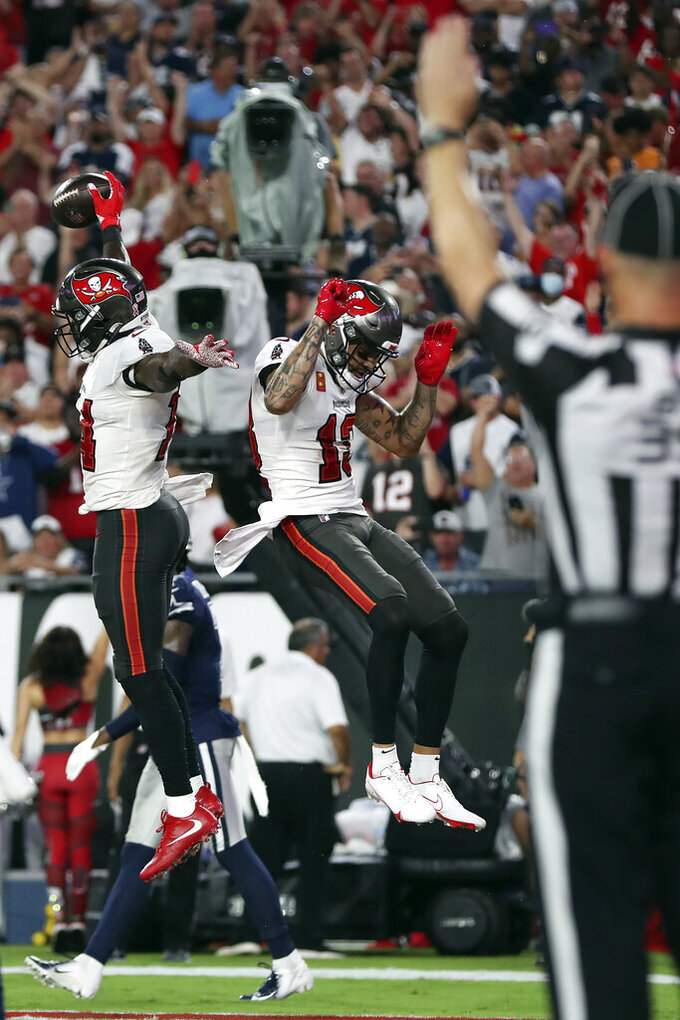 The NFL came into kickoff weekend looking for increased audiences over last season. After one game, the league is off to a strong start with the most-watched opener in six years.

Thursday night's 31-29 victory by the Tampa Bay Buccaneers over the Dallas Cowboys averaged approximately 26 million viewers on NBC, Peacock and the NFL's digital platforms according to preliminary data from Nielsen and Adobe Analytics.

It is a 20% increase over last year's game between the Kansas City Chiefs and Houston Texas and the largest audience for an NFL opener since the Pittsburgh Steelers-New England Patriots game in 2015 averaged 27.4 million.

Of course, the 2020 season was played during the pandemic, with empty stadiums presenting a strange viewing dynamic, and many people's viewing habits changing.

The average of 24.4 million viewers on NBC makes it television's most-watched show since February's Super Bowl on CBS. The audience peaked at 25.4 million between 9:45-10 p.m. ET.

Even though the league's new television deal doesn't officially kick in until 2023, some elements are taking effect this season, including Week 1 doubleheaders on both CBS and Fox. The featured 4:25 p.m. ET games will be Cleveland at Kansas City on CBS and Green Bay facing New Orleans in Jacksonville on Fox. The game was moved out of New Orleans due to Louisiana still recovering from Hurricane Ida.

The league has allowed doubleheaders on both CBS and Fox during the final week of the regular season. That means both networks will have 10 doubleheader weeks as the league expands to 17 games over 18 weeks for the first time.

Sunday will mark the first time CBS has had a Week 1 doubleheader since 2015. For many years it couldn't air a doubleheader on the opening week because it was carrying the U.S. Open tennis tournament, which now is on ESPN.

Mike North, the NFL's VP for broadcast planning and scheduling, said the individual numbers for CBS and Fox might be down in the late window because they both have a doubleheader, but the overall number for the league could increase.

Last season, the Week 1 Sunday afternoon games averaged 18.1 million while the entire slate for the week averaged 16.3 million. The ESPN Monday night numbers for its openers should improve because it is only one game and is also being simulcast on ABC. The Baltimore-Las Vegas game will also mark the debut of the Mannings' (Peyton and Eli) megacast feed on ESPN2.

“I think we’re cautiously optimistic about the season overall, considering what we saw and what we had to face last season. But I don’t know if we’re going to put a, you know, a stake in the ground as far as predicting a number," North said.