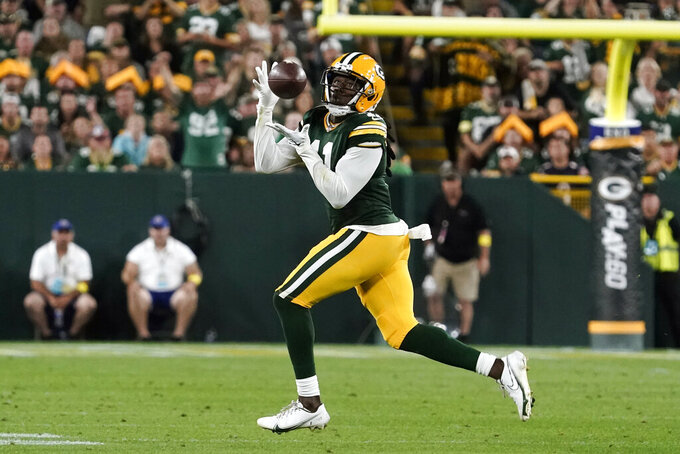 TAMPA, Fla. (AP) — Tampa Bay’s Tom Brady and Green Bay’s Aaron Rodgers will be working without some of their top receivers Sunday when the seven-time Super Bowl winner and four-time MVP face off.

The injury report released Friday ruled Green Bay’s Sammy Watkins and Tampa Bay’s Chris Godwin out for Sunday’s game at Tampa. The Buccaneers already were planning to play without wide receiver Mike Evans , who received a one-game suspension for his role in an on-field brawl during the Bucs’ 20-10 victory over the New Orleans Saints.

Godwin will be missing a second straight game. Watkins played Sunday night and had three catches for 93 yards in the Packers’ 27-10 triumph over the Chicago Bears.

Other receivers could be missing as well.

Lazard had no status listed next to his name on the injury report, an indication he should be available to play. Bakhtiari is listed as questionable as he attempts to appear in a game for just the second time since tearing his left anterior cruciate ligament on Dec. 31, 2020.