Pat Bowlen was not your typical NFL owner 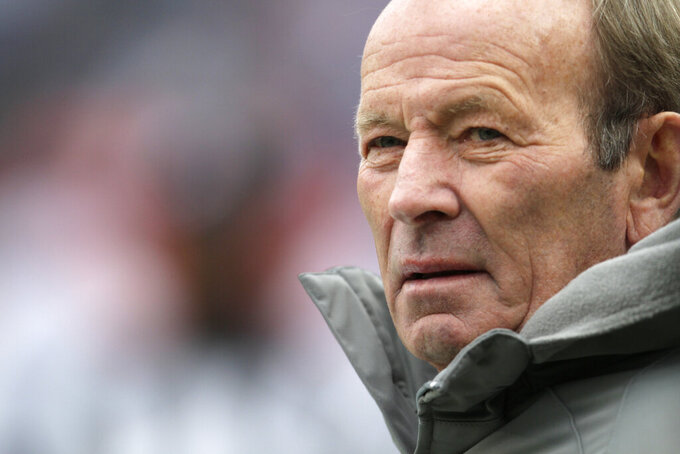 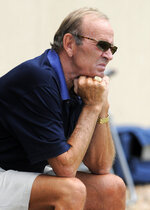 DENVER (AP) — Hall of Famer Gary Zimmerman realized Pat Bowlen wasn't your typical, meddlesome NFL owner his first Thanksgiving in Denver when he found a sign-up sheet for a turkey, surely a prank on the rookies and other newcomers like himself.

What the heck, he figured he'd play along, so he scribbled his name.

"Then I come into the locker room," Zimmerman recounted, "and there's Pat sticking turkeys into our lockers."

That was Pat Bowlen.

A billionaire businessman whose family made its fortune in oil, gas and real estate, Bowlen just wanted to be one of the guys.

A competitive triathlete himself, Bowlen often was found on the StairMaster, drenched in sweat when he wasn't on the sideline checking out practice.

"If there was a way for him to compete against what he's going through," former defensive end Alfred Williams said a couple of summers ago, "he'd beat that damn disease every time."

Bowlen died Thursday night at age 75 after a long battle with Alzheimer's, one that forced him to step down from his daily duties running his beloved Broncos five years ago.

"Just woke up to the very sad news of my friend & confidant Mr. B passing away," Hall of Famer Terrell Davis tweeted Friday morning. "The world has lost a great man/legend."

Bowlen's death less than two months before his enshrinement in the Pro Football Hall of Fame brought an outpouring of condolences from across the NFL landscape, from players who thanked him for his friendship to rival owners who appreciated his foresight.

"Pat personified all that's right about the NFL and is extremely deserving of this summer's recognition as a member of the Pro Football Hall of Fame," NFL commissioner Roger Goodell said.

Bowlen was known as much for his humility as his competitive fire, doing his best to stay out of the spotlight even as he built a team that was among the most successful in professional sports.

"A huge reason I came to Denver was I knew Mr. Bowlen was all about winning," Peyton Manning said earlier this month. "And I knew I was on the clock and wasn't going to be able to play 12 more years. I knew the Broncos were about winning, and winning now."

Manning capped the second chapter of his storied career by becoming the first QB to win Super Bowl titles with two different teams, retiring a month after the Broncos' 24-10 win over Carolina in Super Bowl 50.

That night, general manager John Elway thrust the silver trophy into the air and hollered, "This one's for Pat!"

With that, Elway returned the favor for Bowlen's famous "This one's for John!" declaration following the franchise's first championship, a 31-24 upset of the mighty Green Bay Packers in 1998.

Bowlen not only wanted his own team to win but for the league to thrive. He served on more than a dozen NFL committees, including the competition and broadcast groups that played key roles in the game's soaring popularity.

"He wanted to do the best thing for the league and he didn't want any credit for it," former Broncos coach Mike Shanahan said. "He didn't take a whole lot of accolades but he did a whole lot of work. And I think that was Pat in general."

Among the Twitter tributes to Bowlen on Friday was this one from Broncos long snapper Casey Kreiter: "I never had the privilege to meet you in person but based on the first class organization you built in the Broncos, it is clear you were a tremendous leader and person."

Indeed, only a handful of current Broncos — Von Miller, Chris Harris Jr. and Derek Wolfe — were on the roster when Bowlen was still making daily treks to team headquarters. His presence remains, however.

Outside the team's locker room is a large picture of Bowlen and his legacy quote: "I want us to be number 1 in everything."

"I will miss Pat greatly and will always treasure the times we had together," tweeted Elway . "He was a tremendous mentor and a tremendous friend."

Patriots owner Robert Kraft said, "There was no owner or person like Pat Bowlen. I loved him. ... He was relentless in his competitive desire to win, but he was always a gentleman, a professional and a trusted partner. He was a leader both in his success and in his kindness and humility."

Cowboys owner Jerry Jones said in Bowlen he found a kindred spirit, one who recruited him in selecting dark horse candidate Paul Tagliabue as commissioner in 1989, and in bringing Rupert Murdoch and Fox aboard as a broadcast partner in 1993, which "wasn't a popular decision at the time, but it was the right one," Jones said.

Bowlen's "leadership of the Broncos and his dedication to the entire league will serve as a template of excellence in sports ownership that will be emulated and admired for years to come," Jones added. "And that's a wonderful legacy. Our thoughts and support go out to his family and also to football fans all over the country who have benefited from his wisdom and his love for our game."

Make no mistake: Bowlen's first love was his Broncos.

Zimmerman said that during Manning's whirlwind free agency tour in 2012 he knew all the other teams pursuing the star quarterback were wasting their time once he saw that Denver was in the mix.

"I knew he'd be a Bronco before he did," Zimmerman boasted, "because once he visited here and met with Mr. Bowlen, I knew there was no way he could go anywhere else."