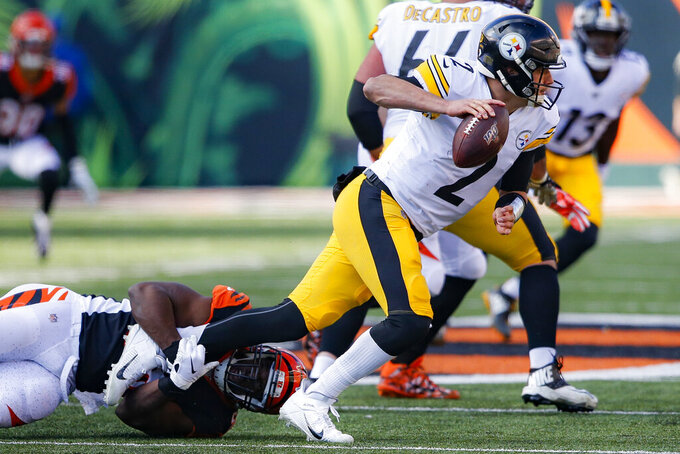 CINCINNATI (AP) — Steelers quarterback Mason Rudolph says he “couldn’t believe” a claim that he used a racial slur against Browns defensive lineman Myles Garrett before their altercation in Cleveland.

Garrett was suspended indefinitely for yanking off Rudolph’s helmet and hitting him with it near the end of the Browns’ 21-7 victory on Nov. 14. ESPN reported that during his suspension hearing, Garrett told NFL officials that Rudolph had used a racial slur.

After Pittsburgh’s 16-10 win over Cincinnati on Sunday, Rudolph repeated that he didn’t make any such comment.

NFL spokesman Brian McCarthy said last week that the league investigated Garrett’s claim and “found no such evidence” of the slur. The teams have a rematch next week in Pittsburgh.